SYRIZA: “A historic victory for the Greek people” 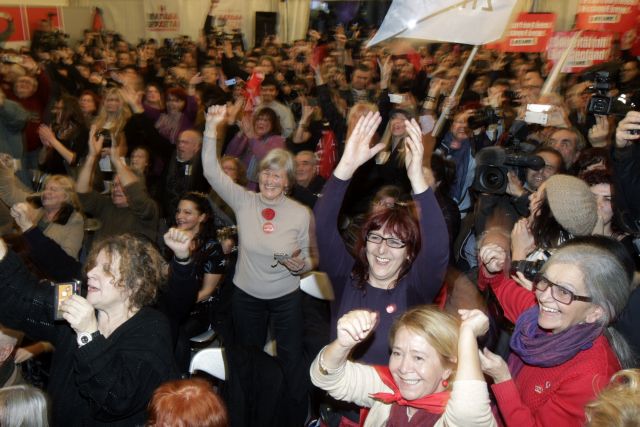 The press office of SYRIZA has issued a statement regarding the publication of the first exit polls for the 2015 general elections.

According to the party statement, this electoral result is a “historic victory for the Greek people, who have overwhelmingly stood against the austerity, sending a message to Europe which can become the launching pad for changes across Europe«.

The statement further notes that «SYRIZA is assuming the responsibility of forming a government of social salvation in order to implement the Thessaloniki program and negotiate in Europe”.

Message to the Armed Forces and Police

Accord to early reports, at the behest of party leader Alexis Tsipras, Theodoros Dritsas contacted the chiefs of the Armed Forces and Police to inform them that they are «surrounded by trust«.