The main opposition party SYRIZA may have released its first election campaign spot for the general elections, however it must… 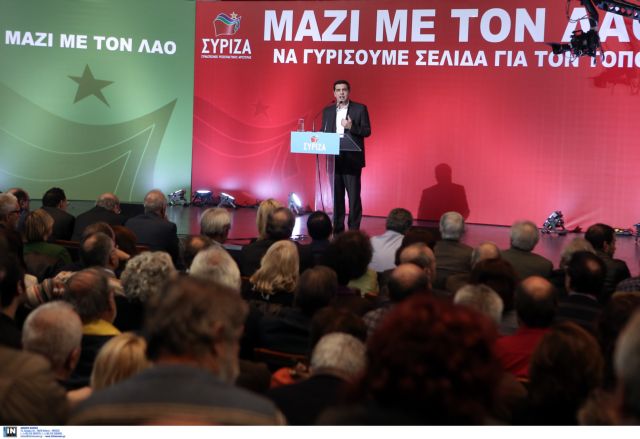 The main opposition party SYRIZA may have released its first election campaign spot for the general elections, however it must address the significant problem of election and post-election alliances.

With the rumored alliance with Fotis Kouvelis’ Democratic Left party having fallen through, SYRIZA is now looking elsewhere to form alliances, however with the election campaign being rather short, there may be problems in coming to an agreement over terms and conditions. As such, SYRIZA’s central committee meeting that was originally scheduled to taka place on Saturday, where candidates and alliances were to be discussed, has been postponed.

Meanwhile, SYRIZA is under pressure from New Democracy’s public relations team – which argues that a left-wing government will result in the non-payment of debt – in response to comments made by various opposition party officers. Party leader Alexis Tsipras and MP Giorgos Stathakis have repeatedly argued that they will not take any unilateral decision “unless provoked”.

The central committee member and Left Platform officer Yannis Tolios cited an earlier party decision that stressed that a suspension of debt and interest payments may be necessary and underlines the importance of introducing a growth and social clause to the repayment plan. SYRIZA officer Yannis Milios commented on ANT1 that “we may not pay, because we will negotiate”.