Stournaras warns that “the crisis of recent days is becoming serious”

In an event to commemorate the 110th anniversary from the birth of Xenofon Zolotas, which was scheduled on Monday… 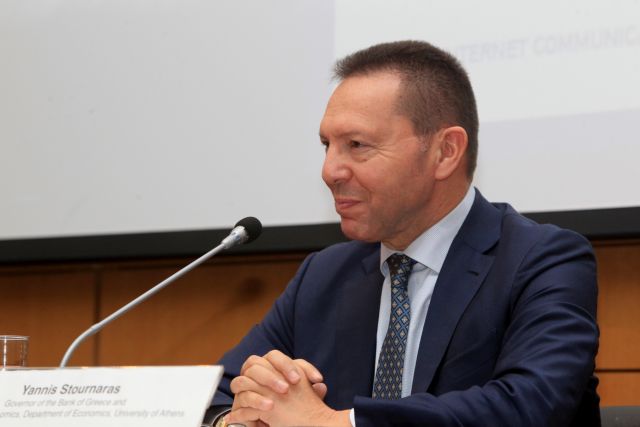 In an event to commemorate the 110th anniversary from the birth of Xenofon Zolotas, which was scheduled on Monday evening, the Governor of the Bank of Greece Yannis Stournaras issued a warning for the Greek economy.

Mr. Stournaras noted that “the crisis of recent days is becoming serious” and that “liquidity in the market is being reduced at a great rate, and the danger of breaking the growth trajectory that just began and of an irrevocable harm to the Greek economy is great”.

Later, Mr. Stournaras urged the political parties “especially those that believe that Greece will only prosper as a member of the Eurozone and European Union” to come to an agreement and coordinate, so that “the few remaining reforms can be implemented” and to ensure that the fiscal balance and economic growth continue.

The Governor also disputed claims that Greece could survive or ever prosper outside of the Eurozone and the EU and noted that “the experience from the past shows s that Greece can achieve its goals only when it respected the rules of the game and took advantage of them”. He then underlined that the six-year deep recession and crisis came as a result of the serious errors in economic policy and the introverted growth model.

Mr. Stournaras was however optimistic that the efforts were paying off and predicted that the growth rates would increase significantly over the next two years and argued that there have been major improvements in competitiveness and current account balance. He raised the efforts and restoration of trust and stability, which further encourage investments.

According to the Governor the vast majority of consolidation measures have been implemented and claimed that the cause of the crisis is not financial, but rather political.

The Bank of Greece later issued a statement to clarify that Mr. Stournaras’ comments on liquidity did not refer to bank accounts in particular, bur rather the overall fluidity, which is related to the yield of Greek treasury bills. The main opposition party SYRIZA commented that “obviously, as Governor of the Bank of Greece, when Mr. Stournaras makes such statements, he has the Prime Minister’s moves and plans in mind”.