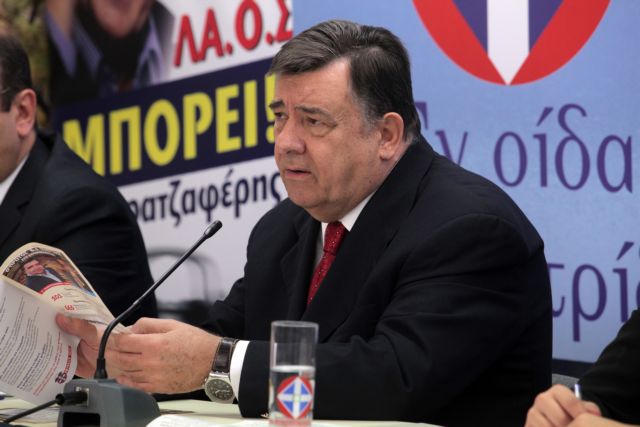 The Parliamentary Audit Committee of party and MP finances has unanimously decided to refer the leader of the populist far-right party Giorgos Karatzaferis to the relevant prosecutor for an inaccurate wealth statement and illegal participation in an off-shore company.

Furthermore, the committee has requested for further investigation in order to confiscate a sum of 1.65 million euros that appears to have ended up in the Catalina Ltd off-shore of Mr. Karatzaferis. It has been alleged the leader of LAOS received kickbacks related to the purchase of Super Puma helicopters.