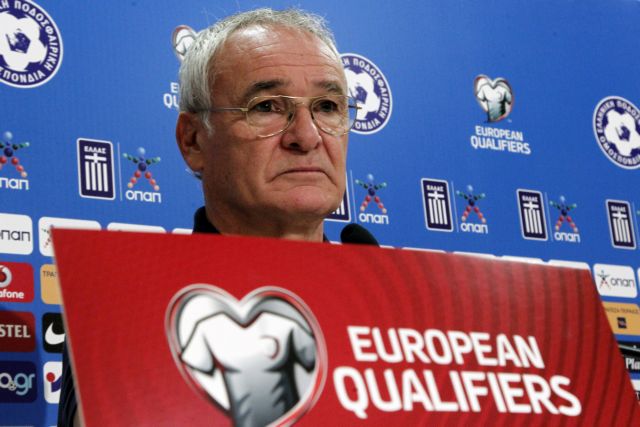 After a defeat by Romania in the opening game of the Euro 2016 qualifiers and an unsatisfying draw with Finland last week, Greece is playing against Northern Ireland on Tuesday evening and must win in order to secure its spot in the finals in France.

Greek national team coach Claudio Ranieri (pictured) commented that “if we don’t make it to Paris, it will be a catastrophe” and argued that the Tuesday evening game against Northern Ireland, who is at the top of the group’s table, will be tricky.

During the Monday evening press conference Mr. Ranieri did not reveal his plans for the starting eleven, stressing that he will decide on the most prepared players after the final practice.

Despite the national team’s lacklustre performance in the first two games of the qualifiers, Greek Football Federation (EPO) communications officer Pavlos Papadimitriou stressed the support towards Mr. Ranieri and argued that he would lead the team to the Euro and the World Cup.

Defender Vangelis Moras stated that “we do not want to make things difficult later, there is no fatigue, only desire”, while his team mate Panagiotis Tachtsidis added that “we have no room for anything other than victory; Northern Ireland has six points and we only have one”.