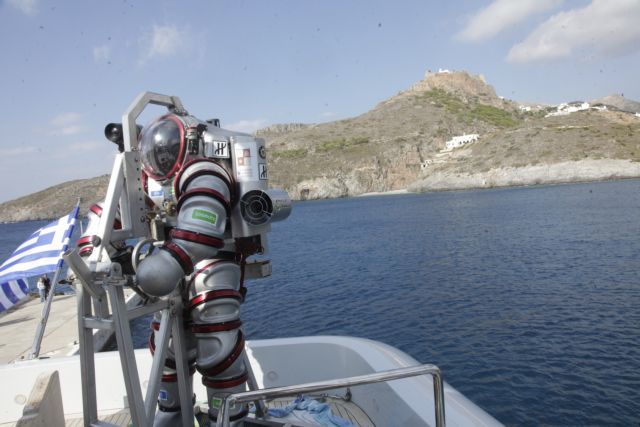 An international group carrying out investigations in the submarine area near the Antikythera shipwreck site has found a number of important ancient artifacts, which will be presented at an upcoming press conference.

Amongst the artifacts recovered from the seabed is a bronze spear measuring 2.2 meters in length, a golden ring, an anchor, metallic parts of a room and a cluster of amphorae. While the artifacts were to be presented on Monday, the Ministry of Culture has issue a ban so that the Minister Kostas Tasoulas can make an official presentation himself.

The spear appears to belong to a statue or other piece of art which may also be located in seabed. The amphorae were located about 200 meters away from the main shipwreck and as such may have derived from a second ship. The Greek and American teams have differing opinions on the matter.

The head of the Underwater Antiquities Ephorate Angeliki Simosi has commented that important archeological discoveries may be waiting to be made at the bottom of the sea. The Antikythera Mechanism, an ancient analog computer designed to predict astronomical positions and eclipses, is perhaps the most impressive and important find in the shipwreck.