Venizelos: “A deal with the troika by Sunday is realistic”

After discussing the latest negotiation developments with the Prime Minister Antonis Samaras, the government Vice President and Foreign Affairs Minister … 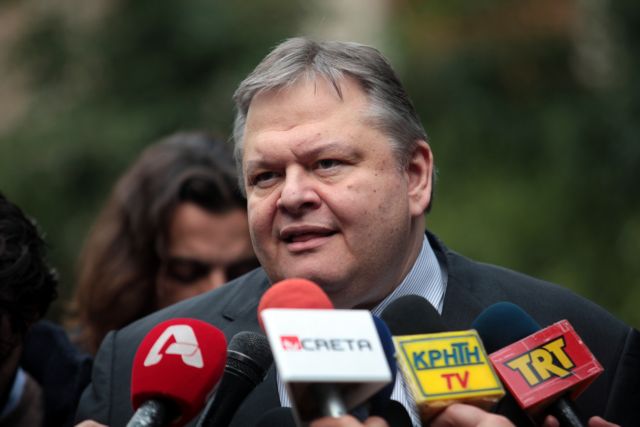 After discussing the latest negotiation developments with the Prime Minister Antonis Samaras, the government Vice President and Foreign Affairs Minister Evangelos Venizelos told reporters that “a deal with the troika by Sunday is realistic”.

Mr. Venizelos explained that “the surplus exists, it is a fact and its distribution must be done in such a way that it serves growth and social purposes” and added that “the development of this story for so many months highlights the degree of difficulties”. The PASOK leader further remarked that the troika “is not insisting on anything absurd, something which would be provocative and bad for employees and the unemployed”.

During their three-hour discussion, Samaras and Venizelos decided that their best option is to compose a draft bill that would include all of the troika’s demands. The goal is to bring an end to the 7-month talks so that Greece can get the necessarily approval for the next loan installments from Europe and the IMF.

This decision entails a huge political risk for either of the two coalition partners, in light of the upcoming European and local government elections. It remains to be seen how many MPs will follow their party line, or consider rebelling against it. Nevertheless, the coalition government leaders are optimistic that one way or another, their bill will pass the test in Parliament.

The Minister of Finances Yannis Stournaras, who also participated in the discussion, admitted that “things are tough, but not bleak”. Compared to the government Vice President, Mr. Stournaras appeared more reserved in his predictions, when asked whether the troika will challenge the government’s stance on the sale deregulation of fresh milk and non-prescription medication.

Mr. Stournaras will also host a meeting at 11:30 on Friday morning with all the Ministers who are currently in negotiations with the troika. The EU, ECB and IMF representatives have arranged to meet at the Ministry of Finances on Friday afternoon in hopes of coming to an agreement by Sunday.

An unnamed high-ranking official at the Ministry of Finances revealed that as far as the negotiations with the troika are concerned, there is no fiscal gap in 2014 and that the bank stress tests are no longer an issue. The main issues remain the OECD’s toolkit, further deregulation of working relations, the distribution of primary surplus and agreeing upon tax relief.