A conceptual approach to racism

There is a lot of discussion in Greece these days concerning the necessity for a new anti-racist law. It should be stated from the start that such a law is required … 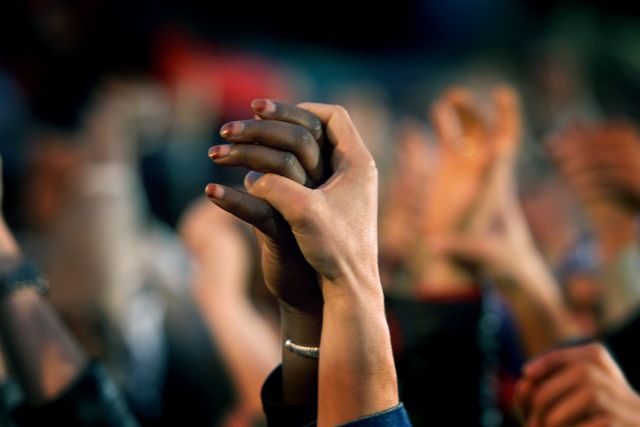 There is a lot of discussion in Greece these days concerning the necessity for a new anti-racist law. It should be stated from the start that such a law is required both for moral reasons and for reasons of compliance with European law. However, to approach the subject of racism objectively one must first seek a precise definition of the concept itself. In other words, a conceptual clarification of racism is necessary before the judicial system may issue undisputed verdicts concerning allegedly racist behavior.

This article attempts a conceptual approach to racism. It is based on ideas published previously by this author in Greek newspapers and electronic journals (see, e.g., [1, 2]).

As a matter of fact, no precise and generally accepted definition of the concept of racism seems to exist. The concept is usually defined in reference to certain discriminatory behaviors on the basis of, e.g., racial, national, religious, cultural, etc., characteristics. This conceptual fragmentation, although useful for the study of particular aspects of the problem, leaves a feeling of incompleteness to those seeking a more general definition, one which would encompass the diversity of behaviors characterized as “racist”. As a first step towards such a definition, we propose the following:


Racism is any ideology or practice that aims at a selective discrimination against a group of people, members of a society, on the basis of a set of common characteristics that each member of the group carries involuntarily, which characteristics, objectively, do not affect the participation of the group members in the fundamental functions of the society. (By “fundamental functions” we mean the totality of actions necessary for the self-preservation and the progress of the society according to commonly accepted standards and goals.)

We note three fundamental conditions assumed in this definition:

Let us illustrate this definition by means of some examples:

An issue of increasing interest is racism on the basis of culture (as opposed to race): Should we regard as racist the unwillingness of a society to accept immigrants from countries with different cultural characteristics?

Naturally, every immigrant carries the distinctive elements of the culture within which his (or her) personality was built from the beginning of his life. Thus, such characteristics may not be regarded as voluntarily chosen. On the other hand, integration into a new society requires a degree of adaptation to a set of institutions, some of which may not be compatible with the immigrant’s cultural origins. As an example, the trend to take the law into one’s hand for reasons of honor may be tolerated in certain societies while it is unacceptable in any civilized society. The question is, therefore, whether the immigrant is willing to give up a part of what he considers as “lawful” in order to conform to the rules of his new homeland. This adaptation is, of course, a matter of choice!

So, whether the reluctance of a society to accept certain immigrants constitutes or not racist behavior depends on the degree of adaptation of these immigrants to the standards of the society, as well as on the sense of justice of this society in recognizing this adaptation when it happens. The absence of such a sense of justice as a result of deeply rooted prejudice may indeed be regarded as racist.

I leave it to the reader to judge whether or not the following cases constitute manifestations of racism – at least, according to our more general definition of this concept – thus whether or not the author of an anti-racist law should anticipate them:

I close this article with a remark on the penalization of the denial (I do not refer to the praise!) of crimes of genocide. This almost hypochondriac idea mainly represents a German patent of atonement and redemption from guilt for the horrible Holocaust of more than six million. I can hardly comprehend its rationale, however, with regard to the Greek society, a society that experienced the horrors of nazi atrocities including those in concentration camps! (The fact that this society developed xenophobic sentiment in recent years – and let me note here that one should not confuse xenophobia with racism [2] – is mainly due to the behavior of those who didn’t respect the hospitality this country offered them.)

So, praising mass murder is certainly an unlawful act since it encourages a recurrence of the crime. Simply denying the historically proven fact of this crime, however, should not be a matter of concern to the law in a democratic society with guaranteed freedom of speech. Rather, it should be regarded as a clinical case for the psychiatrist!