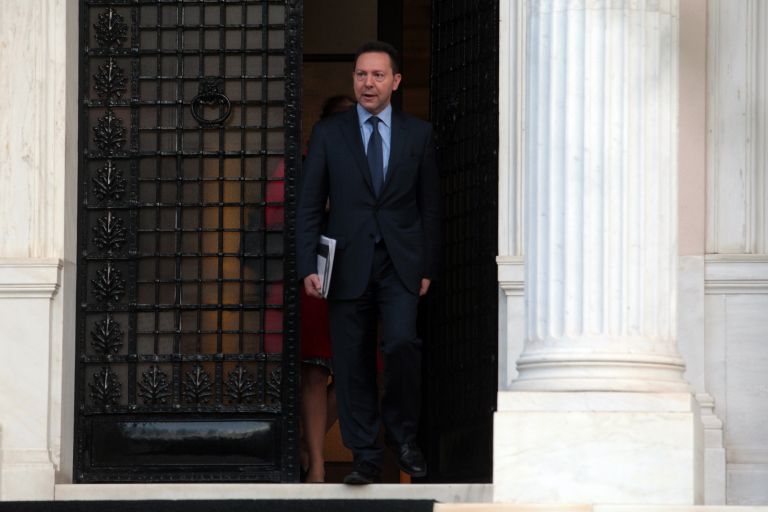 The Minister of Finances Yannis Stournaras is rumored to be considering the next phase of his career as Governor of the Bank of Greece, as Prime Minister Antonis Samaras considers a cabinet reshuffle in May.

The Prime Minister is also rumored to have chosen his personal consultant Stavros Papastavrou as the new Finance Minister. To that end, Mr. Papastavrou has accompanied Mr. Stournaras in recent Eurogroup meetings and troika negotiations. All that remains to finalize the reshuffle is the approval of government Vice President Evangelos Venizelos.

In the meantime, the Ministry of Finances is preparing for the upcoming return of the troika’s return to Athens to resume negotiations. Despite the creditors’ pressure to address a number of critical issues, Mr. Stournaras is confident since revenue from real estate has increased beyond troika expectations.

The Finance Minister expects that the gap between the government and troika’s estimation on revenue will close and since no final decisions will be made before the data on 2013’s revenue is confirmed, he is in favor of extending negotiations into February.

Additionally Mr. Stournaras will try to convince the EU, ECB and IMF representatives of allowing the reduction of insurance contributions by 3.9% in June. The troika representatives are reluctant, since the cost estimate of 800 million euros is considered excessive.