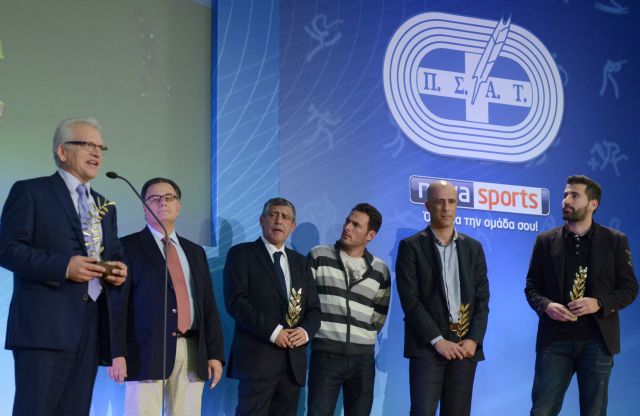 The Panhellenic Sports Journalist Association (PSAT) held a ceremony on Monday evening at the Peace and Friendship stadium in Piraeus to honor the top Greek athletes for 2013.

The national football team which recently qualified for the 2014 World Cup in Brazil was declared as the best team for 2013, while Fernando Santos was given the award for best coach.

Spyros Gianniotis was given the best male athlete award, after becoming world champion at the 10 km open sea event in Shanghai and being voted as second best swimmer in Europe.