Center-left in turmoil ahead of «initiative of 58» central event 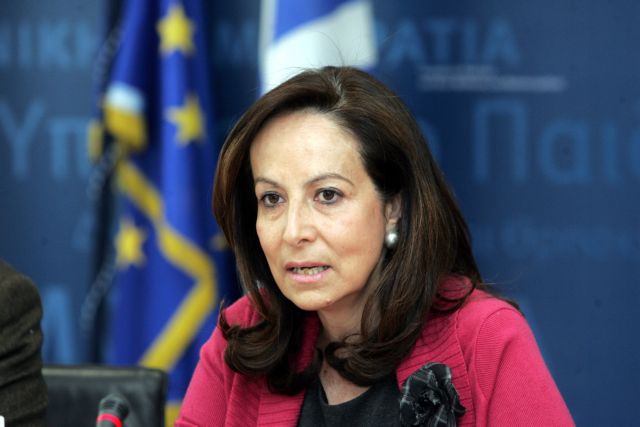 With the central meeting of the initiative of “58” figures who are calling for a reform of the center-left only a few days away, former PASOK member Anna Diamantopoulou has called for the initiative to turn into a party, while PASOK and DIMAR disband, echoing a recent call by Giorgos Floridis.

Mrs. Diamantopoulou, who was interviewed by Real.gr, noted that a fresh start is needed and that the “new pole which will result must have autonomous characteristics and not be considered a government supplement to the right or left” and added that a clear plan of production model is necessary for any party to have any hope of succeeding.

Former PASOK minister Nikos Bistis responded to Mrs. Diamantopoulou’s proposal and noted that there is no intention in turning the initiative into a political party, while arguing that cooperation with DIMAR and PASOK must not be ruled out. Mr. Bistis clarified that the initiative was set up to act as an election “umbrella” for center-left and reformist parties in the upcoming elections of European Parliament, like the L’Ulivo in Italy.

When asked if former Prime Minister Kostas Simitis is considering joining the initiative, Mr. Bistis explained that while there is respect for the former PASOK leader’s support, the initiative will focus on finding solutions in the younger generations.