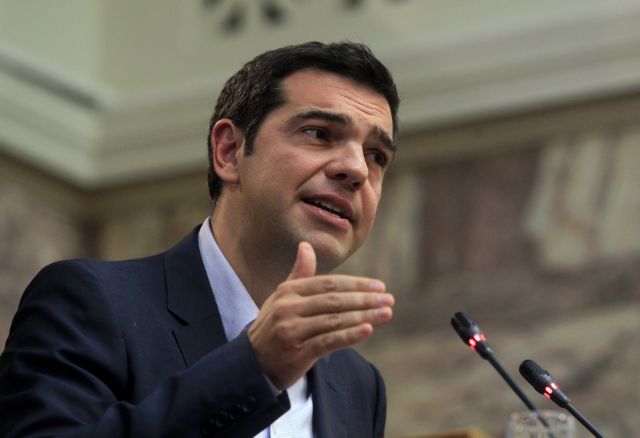 Opposition leader Alexis Tsipras challenged the coalition government’s resolve by submitting a motion of censure in order to “end the path to the country’s financial catastrophe and the depreciation of Democracy”. According to regulation, a discussion will begin today a noon, followed by a critical vote on Sunday. The motion will be successful if 151 MPs vote in favor.

It appears that the dramatic evacuation of the ERT HQ on Thursday morning, along with the troubled negotiations with the troika and the distinct possibility of the government having to impose new measures prompted the opposition to submit the motion.

Mr. Tsipras made the motion during a discussion of a bill related to the Ministry of Administrative Reform and accused the government of “complete submission to the troika” and for “trying to turn failure into a cruel punishment without an end”.

The opposition leader openly challenged the popular support of the government policies and further accused the Samaras-Venizelos administration of «looking out for of a small oligarchy of beneficiaries and favored interests«.

The SYRIZA president referred to the sudden closure of ERT and refusal to comply with the ruling of the State Council on the matter and argued that the government “provocatively decided to donate its public property, the digital frequencies, to the owners of private television stations” with a recent bill on digital television.

The Minister of Administrative Reform Kyriakos Mitsotakis responded to Mr. Tsipras that he gave the government “a great opportunity to demonstrate its strength when it receives a vote of confidence”, while PASOK also “thanked” Mr. Tsipras “for the opportunity to demonstrate the government and PASOK’s daily struggle and strategic plan out of the crisis and the bailouts”.

The government spokesman Simos Kedikoglou asserted that “SYRIZA is playing its last card” and accused the opposition leaders of “not caring that this motion is like a knife wound for the country, at a time when the government is negotiating with our creditors and we should be focused there. The negotiations will continue and SYRIZA will get the answer it deserves in Parliament”.