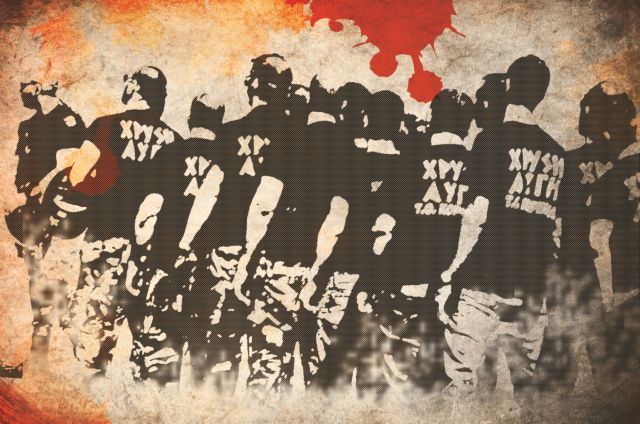 Two Golden Dawn members, the third and fourth so far, who have requested to enter a witness protection program have submitted evidence and testified against six Golden Dawn MPs, two of whom have not been included in the case file regarding the criminal organization charges brought against the ultra nationalist party. There are also rumors of a fifth Golden Dawn member submitting evidence.

According to one of the new witnesses, “Witness C”, who was part of Golden Dawn’s core members, it appears that the party leader had approved and ordered the assassination of Pavlos Fyssas. The witness reported that “there was a central order from [Golden Dawn MP] Lagos to ‘take him out’. Kasidiaris knew about this and Michaloliakos had approved”. All members were ordered to “take out” two former prominent Golden Dawn members at any given opportunity, one of whom was an old ‘captain’ in the organization.

This witness claimed that he had joined Golden Dawn in 2006 in the “Centaur” youth program and was trained by a Golden Dawn MP (who was not mentioned previously in the ongoing case file) after he completed his military service in 2010. He also spoke extensively of the “head of Pagrati”, who used his mother’s foreign languages tutoring school to proselytize young people. After his training, the witness joined the hardcore element of the organization, which he estimated had about 300-400 others.

The witness explained that his trainer was dubbed a “captain” and that Golden Dawn used military ranks in its hierarchy. The training took place at a firing range in Haidari and the organization maintained an arsenal in Aspropyrgos. The tactics taught resembled those used by the MAT riot police units.

In his testimony the witness explained that all MPs in Attica must have been aware of all this, since “they were responsible for the inner groups and the assault squads”. The witness details that Lagos was in charge of Piraeus and surrounding areas, while Panagiotaros and the other MP controlled Athens and all them were under Kasidiaris’ commnand.

Each MP had a specific role; the “captain” MP was a trainer, Kasidiaris was involved in the ideological indoctrination and Panagiotaros supplied members clothes and batons. Christos Pappas was referred to as “Brigadier General”. In 2009 a Golden Dawn conference was held, where it was decided that Michaloliakos would be leader, with Kasidiaris and Panagiotaros as second and third in command respectively.

The witness referred to an attack against immigrants at the port of Corinth in the summer of 2012, where DIAS police officers were present “and not only didn’t do anything, they were also having a laugh”. He also named a Golden Dawn MP who had “an unknown number” of Zastava pistols and that there is a hidden cache of weapons and food in an abandoned monastery in ancient Kleones.