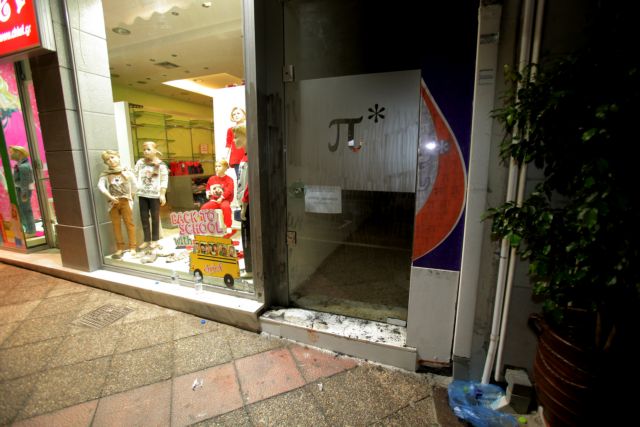 A 45-year-old man, Giorgos Roupakias, has confessed to murdering a 34-year-old anti-fascist in Amfiali, shortly after midnight and that he is a member of Golden Dawn. The victim, Pavlos Fyssas, a well-known anti-fascist and hip-hop artist, was attacked by the 45-year-old man and about ten other fascists just after midnight, outside a cafeteria on Panagi Tsaldari Street in Amfiali.

According to eye-witnesses, the victim was watching a football match and had a heated argument with the 45-year-old suspect, who later left. When the Fyssas and his friends were about to leave, he was ambushed by the 45-year-old and his gang.

Fyssas and his friends were chased by the gang and were split up. Suddenly, a car which was heading in the opposite direction on Panagi Tsaldari street, stopped in front of Fyssas, and the driver walked up to him and stabbed him. The doctor who treated the victim’s wounds spoke of a “professional hit”.

He also claimed that the ambulance arrived after a great delay and that the Police that arrived on the scene acted with indifference. When the victim’s girlfriend asked the police to intervene, they responded that they were unable to do anything because the suspects were too many. The 45-year-old suspect was later arrested when he was trying to escape the scene of the crime.

The Police stormed Golden Dawn’s offices on Mesogion Avenue, at Larissa Station and in Nikea.

The violent attack and murder were discussed in parliament, with the Minister of Justice Charalambos Athanasiou condemning the violence cultivated by Golden Dawn and that “with determination, the State will defend the rule of law and social peace”.

The Parliamentary representative of SYRIZA Dimitris Papadimoulis stated that the perpetrators must be arrested “and rot in jail”.

Golden Dawn MP Ilias Kasidiaris expressed his “sorrow” for the event, while the party claims that they have nothing to do with “the crime in Keratsini”.

PASOK issued a statement denoting that “Golden Dawn must finally be treated like what it truly is: a criminal organization that threatens the lives of foreigners and Greek people”.

The Communist Party explained that Golden Dawn is “becoming bolder thanks to the multifaceted support from the rotten capitalist system and big interests” and called for a popular front against “the Nazi murderers”.

DIMAR claims among others that “last night’s lethal attack in Amfiali confirms the need for an ‘institutional asphyxiation’ of Golden Dawn and the uprooting of parastatal fascist mechanisms”.

ANEL called all Greeks “to form a patriotic, democratic front against the black alliance”.

Leftist party ANTARSYA issued a statement calling everyone to attend an antifascist rally at the scene of the crime in Keratsini at 6pm on Wednesday and “to besiege the fascists and the politics of murder”.