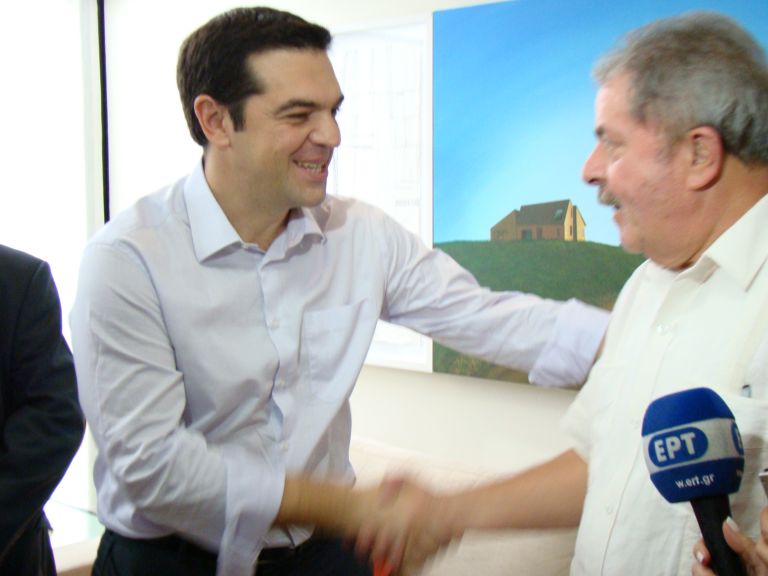 The Greek Opposition leader was greeted by the Vice President of Venezuela Nicolas Maduro and later met with the wife and daughter of the deceased Venezuelan President.