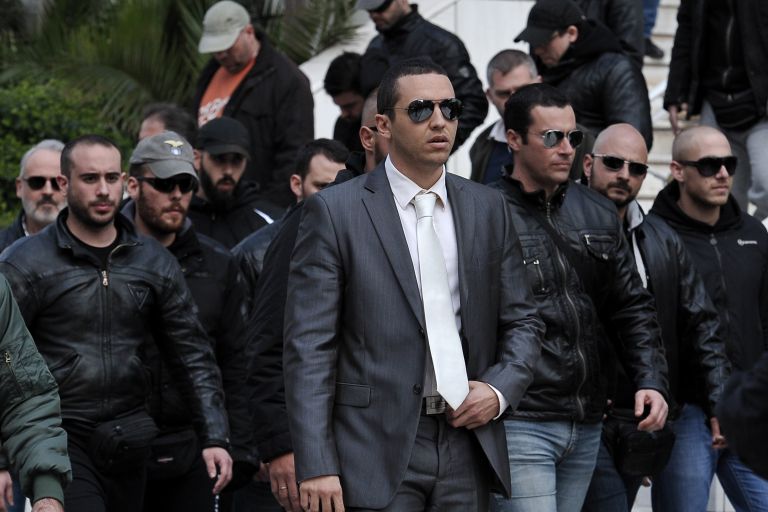 Golden Dawn MP Ilias Kasidiaris was on trial today at the Felony Appeal court, accused of abetting the assault and robbery of a student at Polytechnioupoli in 2007. The court accepted the Prosecutor’s request to acquit Mr. Kasidiaris, on grounds of reasonable doubt.

According to the case file, Ilias Kasidiaris supported a group of unidentified assailants who assaulted a student with a club and knife and stole his police identity card. Ilias Kasidiaris was implicated by an eye witness, who reported that the groups of assailants left the scene in a car that turned out to belong to the current MP. Mr. Kasidiaris denies participating in the event.

The Parliamentary Assembly will discuss next Wednesday the prosecution’s request that Mr. Kasidiaris’ immunity be lifted, in connection to his assault on KKE MP Liana Kanelli. The Ethics Committee approved of the immunity lift at its convention last week.