‘We encourage our NATO Allies, including Greece and Turkey, to work together to maintain peace and security in the region and resolve differences diplomatically.’ 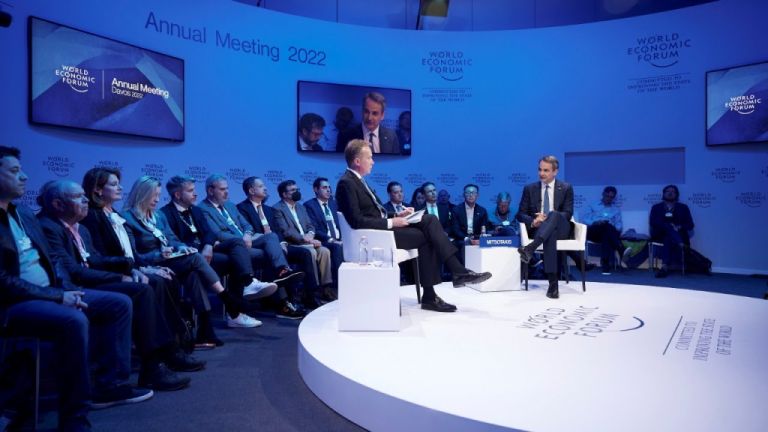 Fewer than ten days after Prime Minister Kyriakos Mitsotakis received repeated standing ovations from a Joint Session of the US Congress, the State Department is keeping an equal distance between NATO allies Greece and Turkey, even as Ankara is ratcheting up tensions in the Aegean and allowing migrant boats to reach the shores of the Aegean island of Samos.

On 20 May, two Turkish war planes flew just 2.5 miles from the large, northeastern port city of Alexandroupolis, now home to a US base the establishment of which spurred Ankara’s intense consternation.

Between January and April of this year, 204 migrants on 20 different boat trips reached Samos, compared to none in the same period last year, and the Hellenic Coast Guard is preparing for the prospect of a sharp increase, as the government fears a repeat of Turkey’s “weaponisation of migrants”.

Mitsotakis ‘does not exist’ for Erdogan, says Greek PM duped him

After Mitsotakis indirectly told Congress not to approve plans to sell 40 F-16 fighter jets to Turkey (or to allow it to return to the F-35 production programme from which it was expelled due to its procurement of advanced Russian S-400 missile systems), and called for the immediate cessation of the barrage of Turkish war planes’ fights over inhabited Greek Aegean islands, Erdogan lashed out at the Greek PM and Ankara staged a series of fresh, very serious provocations in the Aegean.

Erdogan declared that Mitsotakis “does not exist” for him and that he will never speak to the Greek PM again, suggesting that he views bilateral relations as a very personal spat.

In the most recent provocation aiming at further escalation, Ankara issued an illegal NAVTEX (a warning to other ships) and is sent the small research vessel “Yunus” to sail today and tomorrow between the inhabited Greek Aegean islands of Agios Efstratios, Limnos, Lesvos, and Chios.

Erdogan said that at his 13 March meeting with Mitsotakis in Istanbul – which both sides characterised as positive, with pictures of the two leaders in casual attire smiling broadly smiling released – the Greek PM had pledged not to involve third countries in bilateral issues, and that his speech to the US Congress violated that understanding.

In fact, the Greek government has continually briefed the EU, the UN, and the US on all serious Turkish violations of its national sovereignty – territorial waters, EEZ, and airspace.

The prevalent view in Greece, which was expressed among others by New Democracy MP Dimitris Kairidis, a professor of international affairs at Athens’ Panteion University, is that Turkey seeks to trigger an “accident”, i.e. a limited military confrontation for which it would pin the blame on Greece.

US State Department: sort it out on your own

Though US diplomats, including former ambassador to Athens Geoffrey Pyatt, have repeatedly expressed fears of a possible “accident” in the Aegean, State Department spokesman Ned Price, when asked on 24 January about Erdogan shutting the door on diplomacy with Mitsotakis and engaging in serious provocations, expressed no such concerns.

“We continue to encourage our NATO Allies, of course, including Greece and Turkey, to work together to maintain peace and security in the region and to resolve differences diplomatically. We urge our allies to avoid rhetoric that could further raise tensions,” Price said.

“As you know, the Greek prime minister was in Washington last week. The administration had a very good, important set of meetings with our Greek counterparts. We know that Greece is an indispensable partner and a key NATO Ally to the United States. Similarly, Turkey is an important partner of the United States, an important NATO Ally. We want to see our partners work together to maintain peace and security in the region,” he concluded, with no reference to international law.

The statement appears to indicate that the Biden administration is not prepared to respond to even to the most egregious, indisputable violations by Ankara of Greek sovereign rights under international law.

The paradox in the US position is that Erdogan now refuses to even talk to Mitsotakis, and no one on either side of the Atlantic quite knows when and precisely what Greece and Turkey would negotiate in bilateral talks, as Ankara’s demands include the demilitarisation of Greece’s Aegean islands, which no Greek government could accept, as that would leave them prey to Turkey’s huge Aegean Army and landing force just a few nautical miles away.

Agreement to refer differences to the ICJ?

In July, 2020, the Greek daily Kathimerini quoted unnamed Turkish government sources as saying that Ankara may be willing to refer to the International Court of Justice at the Hague the delimitation of the two countries’ maritime zones (EEZs) in the Aegean and the Eastern Mediterranean, if Greece were to negotiate in the same framework as it had in delimiting its EEZ with Italy and Egypt.

The current heightened tensions, however, would seem for the time being to make that a distant prospect, and the tectonic geopolitical shifts caused by the current Russian war against Ukraine render it difficult to make even short-term predictions, save Turkey’s apparent determination to push the envelope in the Aegean and quite likely in the Eastern Mediterranean during the summer.

The Greek government has chosen not to respond in kind to Erdogan’s enraged outbursts, and although at the same time it underlines its resolve in deterring Turkish threats to Greek sovereign rights, it remains unclear how far it is willing to go to block Turkish research vessels and drills operating in Greece’s EEZs.

After Erdogan vowed never to speak to him again, Mitsotakis today told Børge Brende, the President of the World Economic Forum in Davos, Switzerland, that he wants to keep channels of communication with Turkey open.

“I remember after March 2020 when Turkey tried to weaponise migration and sent tens of thousands of desperate people across the Greek border, and we said no when we defended the border of Greece and we brought the leadership of the European Union to the Greek-Turkish border. President Erdogan was saying the same things. He doesn’t want to talk to me. So, maybe he’ll change his mind. But again – at the end of the day, on a more serious note – we’re neighbors. We always need to talk and we always want to keep channels of communication open,” Mitsotakis said.

“We’re never going to be the ones who will not talk to our neighbours. On the other hand, if President Erdogan thinks that I will not defend the sovereignty and the sovereign rights of Greece and I will not make the case to the international audience that Turkey is behaving as a revisionist power, then he’s wrong. What have we seen, unfortunately, over the past two months? I went to Istanbul and had a meeting with President Erdogan. I thought it was a good meeting, but then a month later we saw an unprecedented number of [Turkish war plane- flights over our Greek Islands. This behaviour is completely unacceptable, and I will raise that issue whenever I can until Turkey changes its behaviour,” the PM concluded.

EU’s ‘serious concern’ over Turkey ‘undermining of cohesion between allies’

The Secretary General of the EU External Action Service, Stefano Sannino, today tweeted that he had expressed to Turkey’s ambassador to the EU, Mehmet Kemal Bozay, the Union’s concern over Turkish war planes flying 2.5 miles from the Greek port city of Alexandroupolis.

The US, under a newly amended Mutual Defence Cooperation Agreement (MDCA), has recently established a military base there, which has reportedly already been used to transfer materiel to Ukraine and troops near the embattled country.

“Transmitted to Amb. Bozay @AvbirDT our serious concern about Turkey’s military aircraft’s flights near Greek city of Alexandroupolis. Respecting international law & refraining from actions undermining cohesion between allies is at this critical juncture more important than ever,” Sannino’s tweet read.