The turnover of commercial stores is declining, according to the Commercial Association of Athens 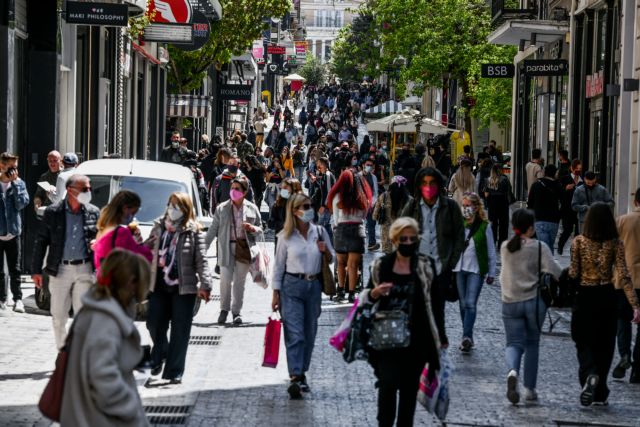 Retail stores absorbed most of the price increases, according to the Athens Chamber of Commerce, commenting on the April inflation data. As it characteristically states, “the recent announcement of ELSTAT, shows that the evolution of the Consumer Price Index for the twelve months of April 2021-2022 reached 10.2%, while the main sectors of retail except food, cars and fuel do not exceed 4.2 % ».

Despite rising energy, transportation and raw material costs, it appears that retail and industries such as clothing & footwear, which rose only 1.6% a year, did not pass on the cost to the consumer. the dealers.

“The strongest sector of the Greek economy once again” turns its back “on the difficulties”, the Athens Chamber of Commerce typically states.

At the same time, it paints a bleak picture of the situation that is shaping up for commercial stores. According to the Athens Chamber of Commerce, the tendency of 75% of consumers to postpone the purchase of personal items, clothes or household items due to unavailable income and the decision of 41% to refrain from shopping in order to create an emergency fund, According to a recent survey by the Research Institute of Retail Consumer Goods, it has resulted in declining turnovers, reinforcing the uncertainty and anxiety of colleagues to keep prices at competitive levels.

Finally, the Chamber emphasizes that “it will claim interventions that will address the explosive mix created by the combination of reduced sales and increased operating costs, in order to ensure the viability of small and medium-sized enterprises.”