The joint announcement of European agencies 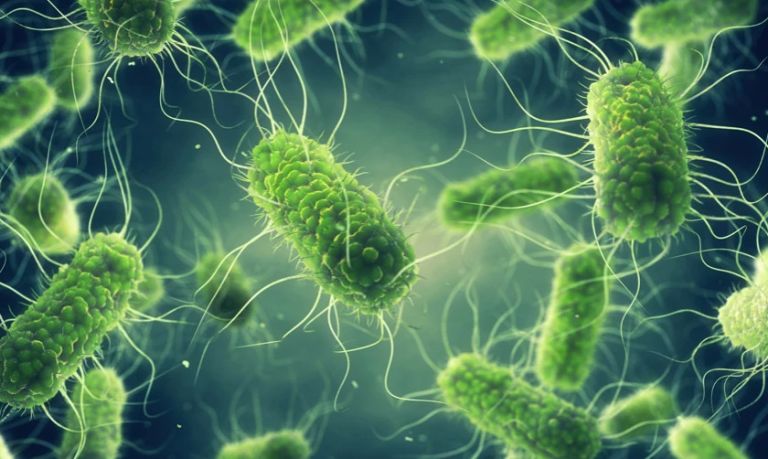 To date, no cases of food poisoning have been recorded in Greece from Salmonela enteritidis ST11, which was recently detected in EU countries and cost the lives of two people from the consumption of raw eggs, as Mr. Theodoros Kallitsis, veterinarian (PhD from the University of California in Food Science / Food Microbiology and research associate at the Animal Husbandry Laboratory of the Thessaloniki University School of Veterinary Medicine) pointed out to state news agency AMNA.

In order to keep our country “clean” from the aforementioned microbe, Mr. Kallitsis emphasizes that this will be achieved with the faithful and unwavering implementation of the precautionary measures required by European and national legislation for the production of eggs and poultry meat.

“The better we manage to implement the precautionary measures, the more effective is the reduction and even the elimination of salmonella, the germ that is normally found in the intestinal tract of poultry and other farmed animals.”

“The battle for control and efficiency must be continuous and intense, and if the problem arises we must put it in its proper dimension, without creating panic in society,” he said, adding that the European Food Safety Authority and the European Center for Disease Prevention and Control (ECDC), on the spread of cases of the Salmonella enteritidis ST11 strain.

The joint announcement of European agencies

In a joint statement, the two European agencies said that the risk of new infections caused by this ST 11 subtype of salmonella enteritidis and infected eggs remains high in the European Union / European Economic Area (EEA).

They also recommended that research be promoted in all areas of the egg supply chain in EU countries where the aforementioned sub-strain has been identified.

Recent reports from the two organizations, between 2/9/2021 and 11/1/2022, identified 272 confirmed cases of Salmonella enteritidis ST11 subtype infections in six European Union / European Economic Area / countries. EEA (EEA). Most cases occurred in France (216), Spain (22), the Netherlands (12) and the rest in the United Kingdom, Norway, Denmark, the Netherlands and other countries. Two adult deaths were reported during the same period. while 25 were hospitalized, with sixty of the cases reporting consumption of eggs / egg products, presumably raw.

Some of the cases reported in France this year concern consumers who have visited restaurants serving raw eggs or products containing raw eggs from a common supplier. The eggs came from three Spanish farms, one of which tested positive for the ST11 enteriditis epidemic. The fresh table eggs from the farms associated with the “outbreak” were withdrawn. No other country received eggs from the same farms through Packing Center A during the summer of 2021. Therefore, the source of infection for cases at the end of 2021 and in countries other than Spain and France can not be determined, it is emphasized. in the joint communication of the European agencies.

However, the outbreak of 2021 is microbiologically related to a similar incident reported by the Netherlands in 2019. The eggs consumed in the Netherlands came from a Spanish farm, but it was not possible to identify an epidemiological link with the recent cases of 2021. This suggests a wide distribution of the strain that could affect the food supply chain and / or previous steps in the production chain. “There can be multiple heterogeneous sources of S. enteritidis ST11, and the strain of the epidemic could also be circulated on other farms, inside or outside Spain,” the European organizations note in their joint statement.

Salmonellosis in our country is below the EU average

In Greece, not only has no case of the Salmonella subspecies Entreritidis ST11 been identified, but according to Mr. Kallitsis, our country has shown reduced cases of salmonellosis in humans in recent years.

Specifically, according to the official data of the European Center for Disease Prevention and Control (ECDC) for 2019, the confirmed cases of salmonellosis (from various data sources) in our country in 2019 were 642, in 2017 they were 672 and in 2016 735 cases were recorded .

In the EU, (while statistics for 2020 are expected in the near future) in 2019, 87,923 confirmed salmonella  cases were recorded in humans. 50% of these according to the ECDC concerned the enteritidis strain, 20% to the tiphimurium strain and 17.8% were unspecified. In that year, out of the total confirmed cases of salmonellosis in humans, 22,000 concerned the consumption of meat and its products, of which 331 from chickens, 679 from turkeys and 7,300 from pork. For the same year, confirmed cases of human salmonellosis amounted to 19,900 from milk and dairy products, 56 from eggs, 436 from cereals and nuts, 3,500 from salads and 2,000 from fruits and vegetables.

The battle for control and efficiency is continuous

Emphasizing that the strains of Salmonella Enteritidis (such as ST11) and Salmonella tympimurium, which are found in the intestinal tract of poultry and from there in poultry meat and eggs, can (if eaten raw or uncooked) even lead to death, Mr. Kallitsisnoted and underlined that “the battle of preventive control and efficiency in poultry farms must be continuous”.

Birds, are a normal hosts where salmonella is found, “not because they are sick, since they have no symptoms, since salmonella are normally in their gut and do their job. But as people have been consuming more and more poultry and eggs in recent years, salmonella ends up on the table and lurks dangerously, so we have to be more careful.”

For the last 10 years and more, according to Mr. Kallitsis, in the EU a system has been introduced, according to which “any poultry flock used for human consumption, whether offering eggs, or used for meat production, must be checked for salmonella before the products reach the consumer’s table. In this way, continuous control access is achieved and salmonella is gradually reduced.”

As he explained, “each flock, 20 days before slaughter, is checked for salmonella. Because the strains of Salmonela enteritidis (including ST11) and Salmonella typhimurium are dangerous to humans, if detected, the flock is killed and the poultry farmers are compensated by the state.”

To treat it, the administration of antibiotics is not recommended and as Mr. Kallitsis stated, “we do not give antibiotics because then the antibiotic will go to the chicken or the eggs we eat. Antibiotics are not a cure. On the contrary, if the state veterinarian finds that antibiotics have been administered to a flock under examination for salmonella, then he is obliged to seize the flock anyway, since it is forbidden to dispose of products with antibiotic residues “, adding that “the EU rationale is to operate in a precautionary way, so that we can gradually remove the dangerous strains of salmonella from reaching the consumer’s table.”

Thus, the main goal is to constantly reduce the incidence of any cases and that is why the competent European institutions always take care to keep the issue of salmonellosis a high priority, in order to intensify the prevention effort.

According to him, the problem of salmonella is not only related to chickens and eggs, or only meat. In the USA, perhaps not the largest, but certainly a very large number of salmonellosis, which come from products of plant origin, such as e.g. lettuce, spinach, tomatoes, melons, etc. “and these can be dangerous because of the way the fields are fertilized,” he notes.