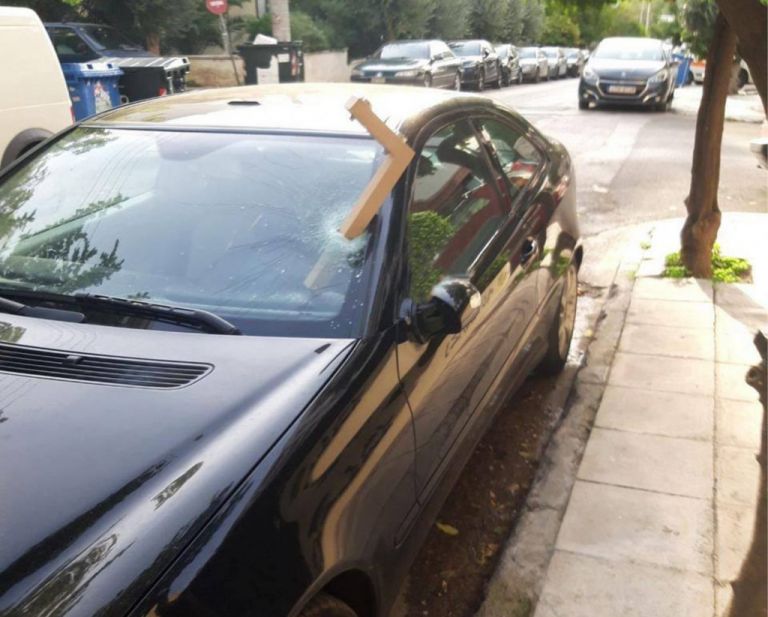 The attack on the car of an administrative judge who undertook the reopening of the file with the Super League 2 scandal, is reminiscent of mafia practices

The most famous line uttered by the protagonist, Vito Corleone, in Francis Ford Coppola’s stunning rendition of “The Godfather” is: “I’ll make him an offer he can’t refuse”.

Although at first this line in the movie conveys generous intention, it is actually little more than a veiled threat which any opponent cannot defer or shy away from. In reality it implies that the person receiving the “offer” has no choice, but to do what the mafia tells him to.

This is how those who have been trying to perpetuate a parallel deep state in Greek football now think. And those who no longer have the courage to argue, can only resort to mob-like mafia actions.

After things have come to a head in the Hellenic Football Federation, as it has been administered, shows not only that the barrel has no bottom, but in fact the bottom opens up into a sewer, we have now come to a point where mafia practices and “offers that cannot be refused” are now the way things are done.

Such was the “offer” that administrative judge Athanasios Koutrikis was presented with, as he witnessed his car demolished by persons unknown “contracted” to protect the parallel parasitic state that feeds off Greek football.

These are the people that sent the “message” to the administrative judge a few hours ago, signaling that he should dare not enter the realm of the illegal administration of the Hellenic Football Federation.

At a time when the odious case of the illegal activities of the Federation was being opened up, especially the scandal with the illegal licensing of the ten Super League 2 teams, a mafia attack comes to highlight the fear and terror that prevails behind the curtains of Greek football. 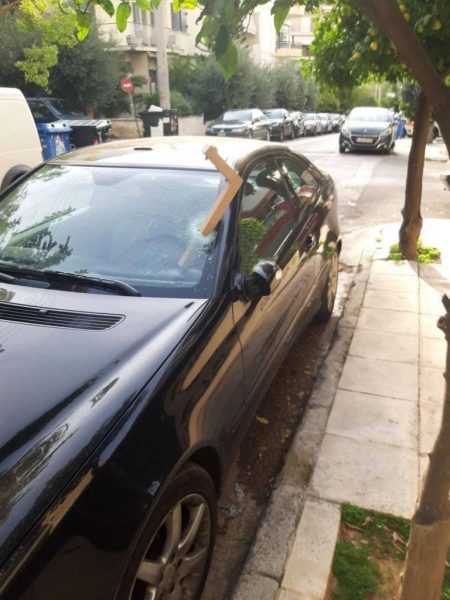 And when this parallel state threatens an administrative judge, then things become very serious.

Especially when the specific judge is said to have been appointed rapporteur, that is, he had the case file for the reopening of the scandal of the 10 teams.

What “persons unknown” did to the judge’s car

Especially from the moment he had taken in hand the “scorching” file of the illegal actions of the “trinity” that, following the resignation of Thodoris Zagorakis, currently governs Greek football.

And especially after the specific judge submitted his resignation from the arbitral tribunal of the EPO.

Some are trying to disconnect the attack on the judge’s car from the tragicomic events that are taking place within the Federation.

Some are trying to convince the public that some… invisible force suddenly wailed on the car of the Supreme Judge or that there is “something else” that the hoi polloi do not know. But this is something known by the major players of the Federation who are the ones solely responsible for this stench emanating from Greek football.

If one sees only the announcement – condemnation of the attack by the Hellenic Football Federation, one will understand what we is in question here.

The Federation certainly condemns the attack (and how could it do otherwise) but it also attacks the media because they connect this attack with what is happening in Greek football.

“In view of the completion of the ongoing police investigation, the Hellenic Football Federation also expresses its surprise at the attempt of specific media to link this attack with cases to be considered in the Football Arbitration Court and with Greek Football as a whole.”

Do the brilliant minds holed up in the building at Goudi Park know something more than the Police? Does not the fact that a regular judge is attacked while he has undertaken to clean the Clean the Augean Stables … offers no clues to Federation officials? 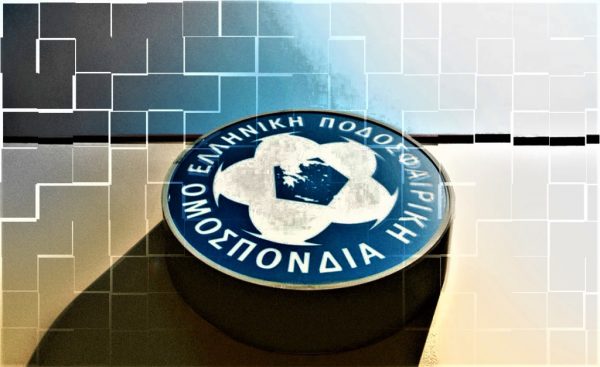 Do they believe that the two-by-four that smashed through the window of the judge’s car… just fell from the sky?

Or are they privileged interlocutors of the perpetrators of the attack who assured them that they have nothing to do with football?

Has the Violence in Sports Department of the Hellenic Police has been informed of this fact?

But the Minister of Civil Protection, Mr. Theodorikakos, should pay due attention because it seems that in the area of ​​Northeastern Attica, where Brigadier Panagiotis Kolintzas is in charge, other laws are in force… cameras that are out of order at the Olympic Stadium, threats being considered as ruckus, and wood beams piercing cars considered nothing more than manna from heaven.

It’s time to “call a spade a spade”. Let’s speak out clearly about exactly what is happening, and whether some want Don Vito Corleone to reign over Greek football.

The truth is that this particular administrative judge, participating in the Arbitration Court of the Hellenic Football Federation, knows exactly what is happening within the Federation.

And he is the one who took the file in his hands just a few hours before he saw his new car totaled.

Isn’t that a message? Could it not be a message that says: “heed what your report will say, because positions, power, money are at stake?”

Because if this judge upholds, like his predecessors, that there is a scandal raging, then some people must resign.

Some first-class executives of the Federation who now believe that they have the absolute power, should go home.

Who would not want for all of the above to be lies?

Who would not want the broken car of the judge to be… a coincidence or just that the neighborhood children were playing in the street and… accidentally kicked a ball and damaged the car.

I wish that these were not mafia actions related to Greek football.

But “Caesar’s wife must not only be virtuous, she must also appear virtuous”, being above suspicion. And virtue has long fled the Federation.

The issue is how the coordinated and law abiding state will “respond” to these mafia attacks. Will the state allow the parasitic state within football dictate that members of the European Parliament and top judges resign? Or will it finally do the obvious in order to restore legitimacy.

We have hit rock bottom.