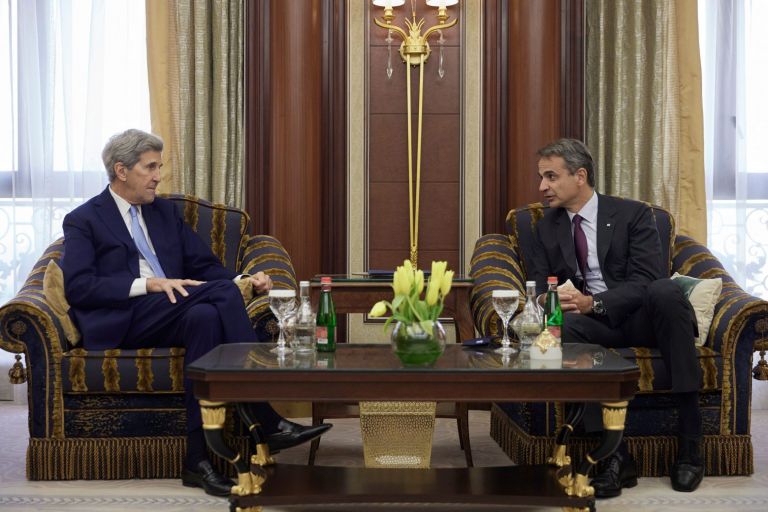 Greek Prime Minister Kyriakos Mitsotakis met with US special presidential envoy for climate John Kerry on Monday on the sidelines of the Middle East Green Initiative Summit in the Saudi Arabian capital of Riyadh.

According to reports, Mitsotakis briefed the former US Secretary of State over Athens initiative for a “green” transition and achieving EU environmental goals for 2030, especially in terms of renewable energy sources, speaking ahead of the 26th UN Climate Change Conference, also known as COP26, in Glasgow later this month.

The pro-reform and pro-business Mitsotakis government has also backed efforts to reduce C02 emissions in the ocean-going shipping sector, where Greek-controlled fleet is among the world’s largest, and recently signed an agreement to link up with Egypt’s electricity grid via an underwater cable in the eastern Mediterranean, thereby marking the first such connection in the wider region between North Africa and Europe.