Greece has turned a page and that has been confirmed by a series of events and developments, from a dynamic recovery, the robust funding that accompanies it, and the strong interest of foreign investors, to the high valuation of privatised enterprises a 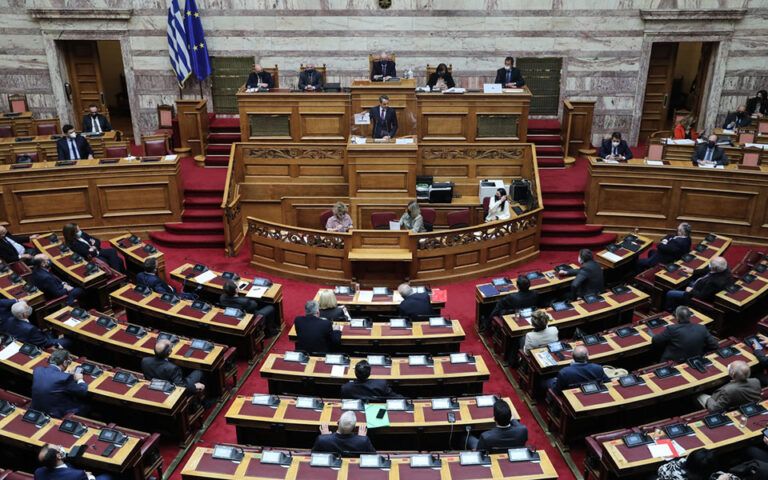 No one any longer doubts that Greece has turned a page.

It has been confirmed by a series of events and developments, from a dynamic recovery, the robust funding that accompanies it, and the strong interest of foreign investors, to the high valuation of privatised enterprises and the oversubscription in bond issues of distinguished Greek shipping companies.

It is obvious that, in large measure, trust in the Greek economy has been regained and that foreigners now view Greece differently.

Moreover, the common conviction is that there is a constant upgrading of Greece’s international presence.

The manner in which Greece is managing its differences with Turkey, the defence agreements that Greece has concluded with France and the US, the initiatives that it undertakes for the protection of fishery products in the Mediterranean, the development of new fuels for Greece’s seagoing shipping, and the electricity link-up of Europe with Egypt via Greece, all reveal the country’s dynamism and capabilities in a turbulent and precarious international terrain.

Still, we are at the cusp of a new era. Dangers lurk and threats remain active and capable of overturning a comprehensive and dynamic Greek rebound.

The Greek economy must shoulder huge debt accumulated over the past years, cover the investment and productive vacuum of the last decade, and of course return to fiscal balance after the unavoidable derailment wrought by the pandemic.

Moreover, the Greek economy is confronted with inflationary pressures – created by the new energy crisis and the public health crisis – that have shaken the internal market and have reduced the paltry income of most citizens.

It is necessary in the interim to remain steadfast on the difficult path of reforms and major structural changes in the state and its enterprises, so that the economy can regain its proper place and investment grade in international markets and attract investment by ridding itself of the weight of distrust and reservations that linger, despite the progress that has been made and the many signs of recovery.

In brief, nothing has yet been decided. At least until 2023, at which time according to current planning the economy will have regained investment grade, the country’s path should remain undisturbed, without political or other complications.

That is not at all easy for a country fraught with political vicissitudes and social precariousness. That is all the more true when conspiracy theories find fertile ground and when one sees their development cultivated by regressive forces, as directly demonstrated by the danger anti-vax current during the public health crisis.

Given the plethora of obligations, demands, and claims, the domestic front must remain unified and protected from forces that are erratic and arrogant.

Greece has a great opportunity to achieve a rebirth and to transcend the prior crisis on the best possible terms.

At this point of transition, the country needs solid forces and well-structured leaderships that can understand its position in the world, that have a well thought out exit plan and the necessary discipline and capability to responsibly and streadfastly follow it, each time assuming the requisite political cost.

There is no place or time for demagogues and cheap populists, as that era has passed definitively and irrevocably.