The Market test for the Dioriga Gas begins

DIORIGA GAS A.E, a member of the Motor Oil Energy Group, is an Independent Natural Gas System infrastructure consisting of a floating terminal for the receipt, temporary storage and regasification of Liquefied Natural Gas 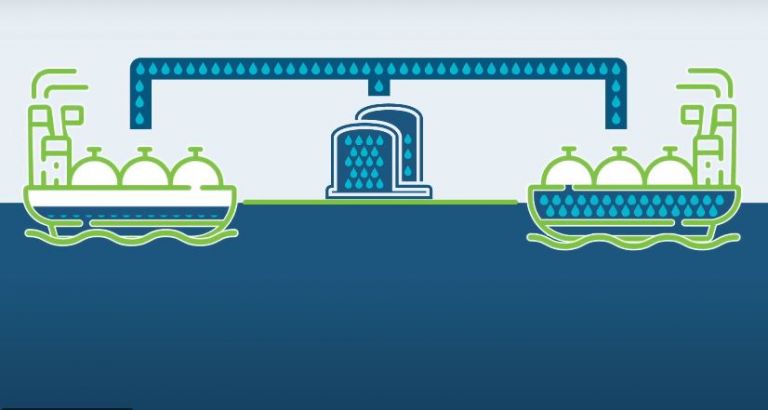 The market test phase for the project of FSRU (Floating Storage and Regasification Unit), of DIORIGA GAS A.E., of the Motor Oil group, begins. Following the approval of the guidelines by the Independent Energy Regulator for the management and distribution of capacity in the Independent Natural Gas System of the company DIORIGA GAS all interested parties, such as producers, traders and large consumers from Greece and abroad, are invited to submit their interest in commitment of capacities and services at the new Liquefied Natural Gas Terminal.

What is the DIORIGA GAS

DIORIGA GAS SA, a member of the Motor Oil Energy Group, is an Independent Natural Gas System (ASFA) infrastructure consisting of a floating terminal for the receipt, temporary storage and regasification of Liquefied Natural Gas (FSRU) located in the South of Sts. Theodoron Korinthias, about 70 km from Athens. This is a strategic project, of national and international scope, and is a new import gateway that will serve natural gas consumers throughout Greece and neighboring countries.

The DIORIGA GAS will be an open and flexible LNG import infrastructure with the following objectives:

• The increase of the storage capacity of the Greek natural gas system by 80%, with immediate consequence the strengthening of the security of supply of the country.

The importance of increasing LNG storage capacity is evident in times such as the current high prices in international markets and the country’s energy adequacy must be ensured at the lowest possible cost to the final consumer.

• The creation of a second southern gas import gateway to the southern tip of Greece, with the largest domestic consumption, as well as in Southeastern Europe, promoting natural gas in every corner of the country and in every home through tankers transporting Liquefied Natural Gas.

• Serving the increased demand for natural gas (due to new power plants) and the growing natural gas markets in Greece and the Balkans.

• The development of small-scale Liquefied Natural Gas applications, constantly contributing to the European and national strategy for reducing carbon emissions in the maritime sector.

• Provisions for the import of hydrogen and renewable gases, so that the Gas Canal is considered a pioneering force in the transition to the new era using cleaner energy sources.