Menendez: US, EU must stand by Cyprus in confronting Turkey’s EastMed provocations in Cyprus’ EEZ

‘Turkey is once again undermining stability in the Eastern Med, this time by violating the Republic of Cyprus’ Exclusive Economic Zone. The US must stand with Cyprus, and the EU should also fully support the vital interests of one of its member states,’ Menendez tweeted today. 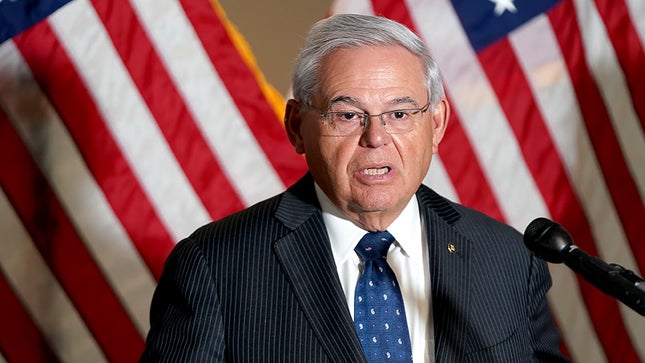 Even as Turkey is blocking seismic research by the research vessel Nautical Geo in the Exclusive Economic Zone, US Senator Robert Menendez has called for solidarity with Cyprus.

Menendez, the chairman of the powerful Committee on Foreign Relations has been one of Turkey’s staunchest critics on a variety of crucial issues, from Ankara’s violation of the sovereign rights of Greece and the Republic of Cyprus, to the purchase of Russian S-400 missile systems and on the trampling over human and civil rights in Turkey.

In a tweet today, Menendez called upon the Biden administration and Cyprus’ EU partners to firmly support Nicosia:

“Turkey is once again undermining stability in the Eastern Med, this time by violating the Republic of Cyprus’ Exclusive Economic Zone. The US must stand with Cyprus, and the EU should also fully support the vital interests of one of its member states,” he stated.

In July Menendez was one of 14 senators who in mid-July in a bi-partisan letter to President Joe Biden condemned Ankara’a move, in violation of UN Security Council resolutions, to re-open part of the fenced off city of Varosha in the Turkish-occupied territories, as well as the insistence of Turkey and the Turkish Cypriot side on a two-state solution of the Cyprus problem.

“You have rightly centered U.S. foreign policy on principles of human rights and the rule of law. Any attempt by President Erdogan and Turkey to resettle or reopen Varosha would represent a gross violation of those principles,” the senators wrote. “The U.S. and the EU should make clear to President Erdogan that continuing to violate UNSC Resolutions and the rule of law is unacceptable,» the senators wrote.

“The Turkish Cypriots’ proposal to establish two-states in Cyprus at the most recent round in Geneva—the first since negotiations broke down in 2017—undermined prospects to reunify Cyprus as a bizonal, bicommunal federation, in accordance with UNSC Resolutions and long-standing policy. As further evidence of its unwillingness to seek a durable political settlement on the island, Turkey has reportedly established a base for unmanned aerial vehicles at Lefkoniko airport, in an effort to expand its military presence in Turkish-occupied Cyprus,”