Vilia – Houses are burning – Fires have surrounded the settlement 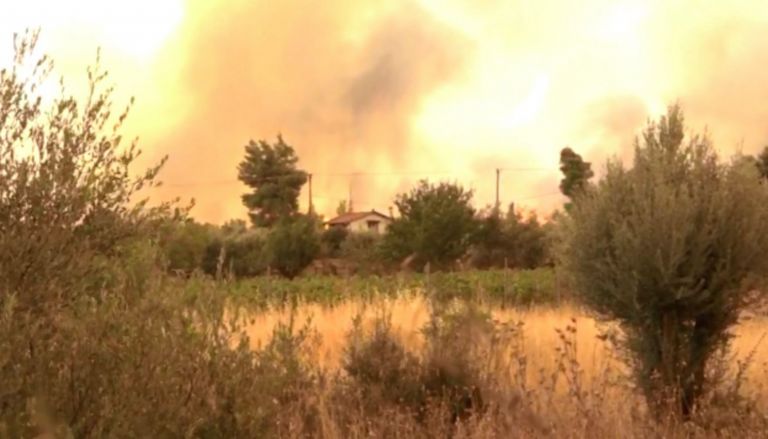 The situation in Vilia is dramatic. The first houses are burning. The flames sweep everything in their path

The fire that is raging in Vilia continues to threaten the village. And while earlier everyone believed that the fires would enter the settlement, an immediate halting operation was carried out with all the air means and the ground forces. As a result, the fires did not reach the settlement. However, shortly after 5 p.m., the wind changed direction and a new resurgence began to threaten the village.

The attempts to control the southern part of the fire towards Veniza, Gini and Agia Triada still continue, with people proceeding to the creation of fire safe zones to avoid expansion to Kandili and Meletaki. There is a constant change of wind direction.

“The fire is very close to the village. A lot has changed since 14:30 p.m. The fire was going elsewhere and ended up elsewhere. The winds have strengthened and the fires are now a short distance away from the houses. At 16:30 p.m. we were told that there was no need to evacuate. I do not know why they have not asked for it yet. There is a safe road from which people can leave,” Mr. Kokkalis, Deputy Regional Head of Civil Protection, told to channel MEGA.