Apportioning blame for the surge in COVID-19 cases

The extraordinary televised briefing by Deputy Minister for Civil Protection Nikos Hardalias recently was obvious intended in part to scare those who have decided in their imagination that they have “abolished” COVID-19. 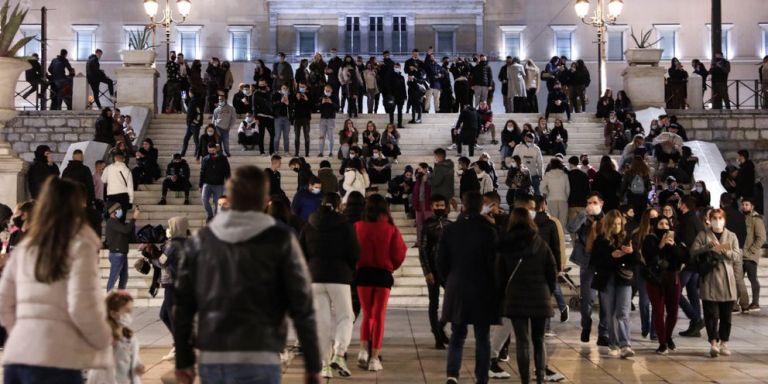 Who is to blame for the surge in COVID-19 cases?

A brief, imaginary dialogue that has made the rounds on Facebook epitomises the situation one is confronting with the vaccine rollout.

– Did you have polio?
– No.
– Diptheria?
– No
– Did you have smallpox?
– No
– Do you know why you never contracted these diseases?
– No.
– It’s because when you were very young there were some bloody vaccines, and that’s why you have lived to become a 50-year-old jerk so that you could eat up the malarkey that the likes of [Greek Solution party leader Kyriakos] Velopoulos and all kinds of conspiracy theorists are feeding you.

Alas, this is rings true as regards the new drama that we are in danger of experiencing with SARS-CoV-2 and its variants.

No, we are not placing the blame exclusively on the unvaccinated. That has become tiresome and the more you urge people to be vaccinated, the more they resist – wrongly, but they resist because they lack a culture of individual responsibility and social solidarity.

They allow themselves to be at the beck and call of every lunatic on the internet who is cashing in, politically or otherwise, by disseminating unscientific theories.

They do not stop to think that it is bloody science that is saving humanity from such pandemics.

With victims? With many losses? With consequences? Yes, but the victor is always scientific rationalism and not the liars, hypocrites, know -it-alls, and idiotic vaccine deniers.

Putting aside the anti-vaccine movement, let us look at some other causes of the surge in COVID-19 cases and of the danger that fresh public health restrictions may be instituted.

The extraordinary televised briefing by Deputy Minister for Civil Protection Nikos Hardalias recently was obvious intended in part to scare those who have decided in their imagination that they have “abolished” COVID-19.

All this raises many questions. Who was saying [after the first wave of the pandemic] that we have finished with the virus? Who was saying that the country can safely open up to tourism?

Who created incredible confusion regarding vaccines, and in particular AstraZeneca’s.

Who whipped up a wave of vaccine doubters, not because they were cretins who believe that vaccines can alter our DNA and that a microchip is inserted in our bodies through a vaccine jab, but rather because they got scared?

Who created the false impression that we are finished with wearing masks and then that we should wear them indoors and in crowded outdoors situations?

Who swung open the gates of airports, where there have been claims even that tests are not scrutinised.

Above all, who shamelessly permitted dozens of beach bars and other establishments to organise parties and draw crowds without rules and without implementing public health measures?

What sort of tests are these that lead nowhere? Why do authorities not impose closure and stiffer fines on such businesses so that compliance will be a given, instead of allowing owners to march to their own drum?

What about nightclub customers (and not just young ones)? How do they take it upon themselves to gather by the hundreds and even thousands at outdoors parties or large clubs, without a shred of respect for the thousands of lives that the epidemic has claimed in the country?

One can comprehend that they have had it up to here, that they want to be entertained, and that they find continued restrictions insufferable.

Still, now that things are taking a dramatic turn, what will be their excuse?

Hence, we are dealing with responsibility in various quarters.

There is the responsibility of the state to take measures that will protect society – from restricting capacity to shutting down businesses.

Moreover, has anything been done to further bolster the National Health System so that it may withstand a fourth or fifth wave of the pandemic?

Then there is the responsibility of citizens, at least of those who believe in the existence of COVID-19 and the way it should be handled.

Responsible behaviour on the part of the state and of the entire political system combined with individual responsibility is enough to erect the wall of immunity that we need.

That would isolate conspiracy theorists and religious zealots who are urging people to rebel against masks or vaccines.

So what is to be done? One must sprint to catch up to avert a real mess.

A disappointed society and a government tired by an incessant struggle with the pandemic are called upon to pull a rabbit out of a hat. However, there are no magicians, we have run out of fortune tellers, and the prophets after Christ have fallen silent.

The fourth wave of the pandemic is here before most people have gone on vacation, before schools open, and before the arrival of the 15 million tourists that some government cadres were dreaming of.

Actually, the public health measures announced for entertainment venues may not be sufficient, or it may already be too late.

Would that I had the knowledge that I do now, as a popular Greek adage goes. That applies equally to the people.

All together, we must learn to love responsibility, because that is the only way we can save the world.