The disbursal of funds to Turkey should be done in a graduated manner and on condition that it accepts from now on and without delay to receive back those 1,500 denied asylum. 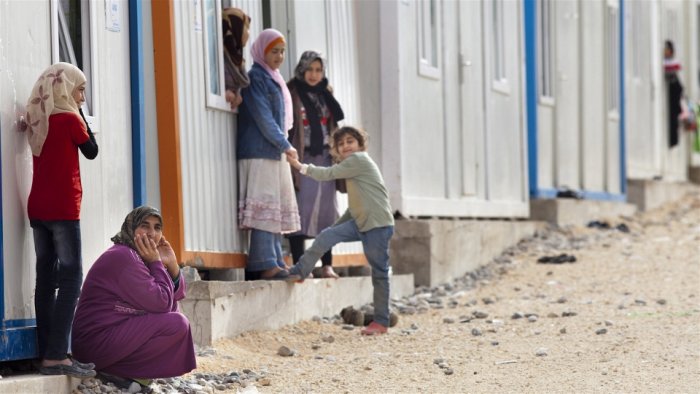 The European Union has once again preferred to defer essential decisions regarding Turkey.

Brussels and major EU capitals have not yet decided what kind of relationship they want with Turkey and upcoming elections in Germany further delay things.

The Turkish leadership is responsible for all this and has made things more difficult for those Europeans whose interests make them support Turkey or who are concerned about Ankara’s course.

The debate at the moment has a dual focus – the refugee-migrant problem and the EU-Turkey Customs Union and upcoming technical consultations on updating it.

On the refugee-migrant issue we await a rapid, partial amendment of the Joint Statement of March, 2016. The EU knew from the start that it was not in a position to deliver on its promise of visa liberalisation.

However, in order to ensure smaller migrant flows the EU is prepared to increase funding. Turkey is supposed to have received six billion euros through programmes and not directly as it would have liked.

Turkey is being offered 3.5 bn euros over the next three years. The question is whether the funds will go to programmes and NGOs or directly into its coffers.

It is a very respectable amount for the country which is home to the largest refugee population globally.

Although Ankara inflates the refugee population (it is likely 3.3mn and not four) and also inflates the amount it has spent (40 bn euros) for their support, and despite Turkey’s use of the issue as a tool as it had done at the Evros Greek-Turkish border, it is clear Ankara is shouldering a disproportionate burden.

We had in the past noted that the reduced flow over the last 16+ months is due to two factors.

The first was the Greek side’s decisiveness which bolstered its self-confidence after the Turkish operation in Evros was deterred, and now it reacts effectively in the Aegean, and also due to the sub rosa Germany-Turkey agreement – that Turkey would stem refugee and migrant currents and the EU would put off any sanctions against Turkey.

Beyond the well-known reasons, such as the Turkish community in Germany, defence cooperation, and commercial transactions, Berlin counted all the months that it blocked both sanctions against Turkey and the prospect of a sudden spike in refugee-migrant currents.

The important thing is for us to benefit from this development, on which we all justly agree in principle.

The disbursal of funds to Turkey should be done in a graduated manner and on condition that it accepts from now on and without delay to receive back those 1,500 plus individuals and all who have been denied international protection or asylum in Greece.

It is obvious that we cannot reward Turkey when it does not abide by all the provisions of the Joint Statement.

Konstantinos Filis is director of IDIS, at Panteio University