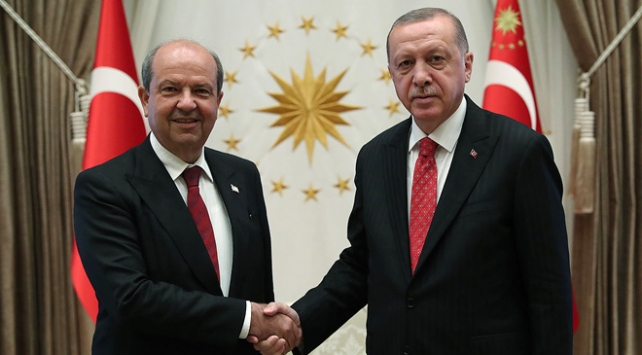 EU sanctions would be disastrous for Turkish economy, which is in a truly tragic state as the Turkish lira has suffered a 35 percent devaluation and unemployment rose to 17 percent in April.

Ankara is attempting to turn the tables as regards the Cyprus problem after the utter failure of recent UN-sponsored five-way talks in Geneva [between the Republic of Cyprus, the leader of the Turkish-Cypriot Community, Greece, Turkey, and the UK, which retains sovereign bases on the island] for which Turkey bears exclusive responsibility due to its insistence that the Turkish-occupied north be recognised as an independent state [that violates all UN resolutions since 1974, which call for a bi-zonal, bi-communal federation].

This strategy is motivated by his concerns about the June EU summit where European leader are supposed to again review the possibility of imposing sanctions on Turkey.

Aside from the EU [including Germany, which has always maintained a particularly friendly stance toward Turkey], the two-state proposal has been openly rejected by the US and Russia.

It is plain to see that the overarching aim of Turkey’s self-styled sultan is to avoid EU sanctions.

Such and eventuality would be the death knell for the Turkish economy which is in a truly tragic state as the Turkish lira has suffered a 35 percent devaluation and unemployment rose to 17 percent in April.

As a result of all this Erdogan’s popularity has plummeted. His AK Party had a 50 percent approval rating in 2016 and now it stands at 27 percent.

That, however, has not benefited Turkey’s splintered opposition as the parties have not managed to make gains in the polls because they lack a strong leader that could forge an opposition front and pose a threat to Erdogan.

The Turkish president along with his rhetorical attacks against Greece is now trying to ingratiate himself with the Egyptians and Germans in order to change the negative climate against him.

The international climate has deteriorated for Erdogan due to the clear shift in US policy and due to Greece’s effort to highlight differences with Turkey as EU-Turkey differences.

The alignment of EU and US policy has occurred for the first time since Ankara began pressing unilateral claims against Greece.

That does not mean, however, that there are fresh prospects for a Cyprus settlement as by all appearance the current impasse will continue, with negative repercussions.

In this regard, one must not overlook the substantial responsibility of the Greek Cypriots, who lost the last two opportunities that had arisen – the first with the UN-sponsored Annan plan in 2004 and the second at the peace conference in Cran Montana, Swirzerland, in 2017, when with their intransigent stance they opened the way for the Turkish-Cypriot side to table unacceptable proposals.