French President Macron’s remarks at a joint press conference with PM Mitsotakis are to date the clearest,most emphatic message of support of Greece’s sovereign rights. 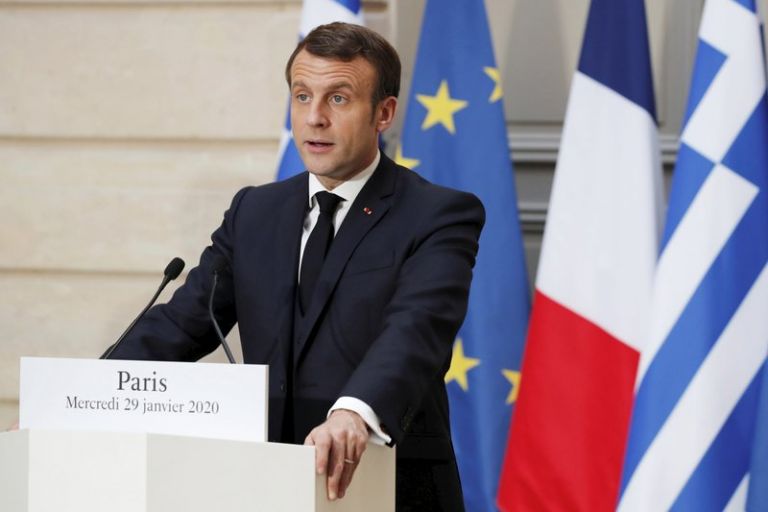 A few weeks after New Democracy came to power in July, 2019, Prime Minister Kyriakos Mitsotakis decided to make Paris the first stop on his tour of European capitals.

The choice was no coincidence as the PM saw French President Emmanuel Macron as a stable and trustworthy ally.

That assessment was confirmed during bilateral talks at the Élysée Palace this week.

The French president’s remarks at a joint press conference are to date the clearest and most emphatic message of support of Greece’s sovereign rights.

Macron in an unqualified manner condemned Turkey’s provocations in the Eastern Mediterranean and in Cyprus’ maritime Exclusive Economic Zone (EEZ) and underlined that France stands by Greece as it grapples  with the refugee-migrant crisis.

He also appeared willing to assist Greece in its efforts to lower the very high primary surplus targets set by Greece’s creditors.

Macron said he plans to visit Greece for what he called “an historic rendez-vous” and declared that the two countries share a “common vision”.

Niceties and references to historic ties are all well and good but substantial alliances are built on realism, mutual interests, and useful interdependencies.

That is the only way that deterrence through diplomacy is truly meaningful.

To be successful it must be founded on alliances that are stable and solid and not based on fleeting circumstances.