While Trump was mocked in some international press outlets when he said he feels he personally knows all three million Greek-Americans – there are something under 1.5 million, with many wealthy supporters and major donors to his campaign 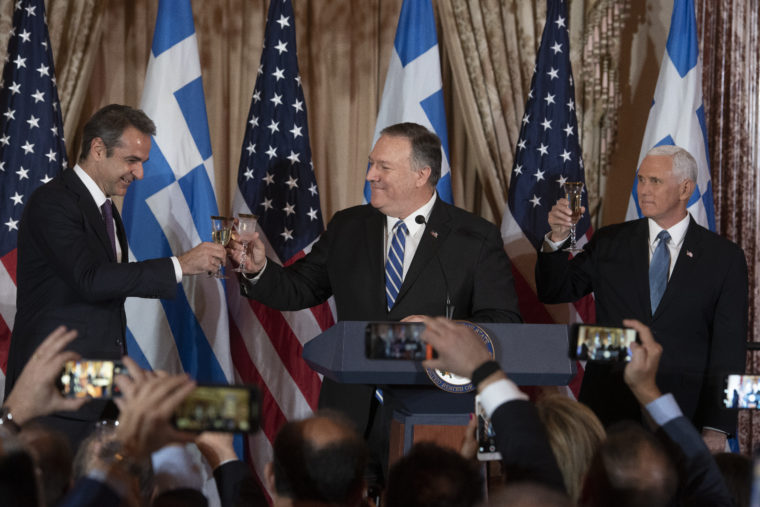 As Greek opposition parties were ripping into PM Kyriakos Mitsotakis for not getting Donald Trump to condemn Turkish violations of Greece’s sovereign rights (which the US has never done since both countries entered Nato in 1952), most neglected the important domestic parameter of the meeting with the Greek PM during a presidential election year.

While Trump was mocked in some international press outlets when he said he feels he personally knows all three million Greek-Americans – there are something under 1.5 million, with many wealthy supporters and major donors to his campaign – the US president knew exactly what he was doing when he inflated the number and heaped praise on Greece and most recently on Mitsotakis for managing a small economic miracle with a good growth rate.

Naturally US journalists hammered Trump over the Iran predicament which left no time for any serious statement on the minefield of the Southeast Mediterranean but Mitsotakis grabbed the opportunity to slam the Libya-Turkey EEZ agreement as just one of many violations of Greece’s sovereign rights.

In a rare diplomatic move Vice-President President Mike Pence and Secretary of State Mike Pompeo hosted a reception for the Greek prime minister which naturally was attended by Greek-American leaders and wealthy potential donors.

Pompeo in his remarks touched on the increasing strength of the US-Greece relationship, a central part of which is a defence cooperation based on the expanded use of Greek military facilities and Greece’s interest in military procurement, even the state of the art and exorbitantly expensive F-35 fighter jet, quite a feat for a country just emerging from the equivalent of a great depression.

Mitsotakis in his talks with Trump reportedly stressed the possibility of a military clash between Greece and Turkey as Greece is determined to defend its sovereignty and territorial integrity at all cost.
Even more the PM repeatedly declared that Greece is America’s most steadfast and reliable ally in the region.

“We’re expanding our cooperation on energy, together, growing friendships. We’re supporting Greece as a pillar of the security in the Eastern Mediterranean. Our militaries are working together more closely than ever before,” Pompeo said.

Pompeo said the US will stand by Greece in ensuring its “prosperity security and democracy”.

While many Greeks had hoped for a commitment for the US to block Turkish aggression toward Greece, what is more likely is for America to take on the role of an honest broker in starting an expanded Greek-Turkish dialogue that would undoubtedly put on the table a number of longstanding Turkish claims that infringe on Greek sovereignty.

For decades Greece’s position has been that the sole object of bilateral negotiations is delimitation of the continental shelf of the two countries.

That has gradually loosened with the public dialogue tacitly acknowledging that some but certainly not all Turkish demands can be discussed.

MItsotakis has repeatedly said that any dialogue must be in the framework of international law and not in the shadow of Turkish pressures and bellicose actions.