Incoming Prime Minister Kyriakos Mitsotakis was well prepared. He had picked his ministers and associates from a pool comprised of both politicians and technocrats. 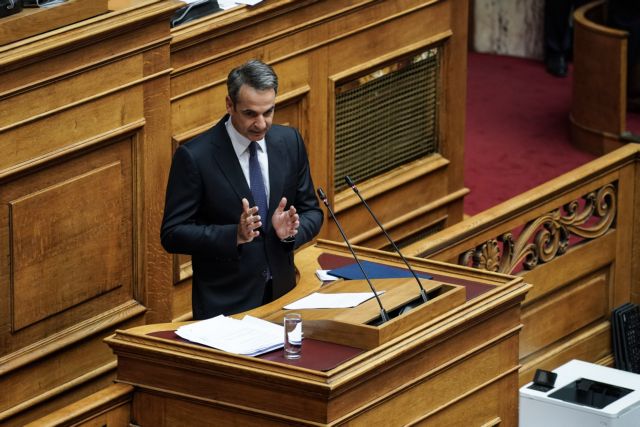 Two weeks ago Greeks went to the polls to choose a new government.

They had two basic choices.

The first was former prime minister Alexis Tsipras who promised to continue on the same course with conservative, prudent steps so that the country could transcend the crisis without social unrest and with society on its feet as he said.

The second choice was Kyriakos Mitsotakis who presented dynamic reform policies in order to expedite the exit from the crisis and to create the necessary conditions for rapid growth.

Voters rejected the conservative and less promising first choice and opted for the second with the belief that after a decade-long crisis there is no time to wait or to backpedal.

The truth be told, incoming Prime Minister Kyriakos Mitsotakis was well prepared. He had picked his ministers and associates, choosing them from a pool comprised of both politicians and technocrats.

The announcement of the members of the government and of ministries’ general secretaries surprised many and baffled others.

In certain cases appointees did not match the sharp campaign rhetoric, nor could they easily be explained to the impassioned base of the ruling party.

However, it was explained that they served the new government’s aim of incorporating politicians who were not chosen solely on the basis of partisan criteria.

There were also reactions on the level of policy choices.

It became apparent that expectations of a rapid change of economic policy were unfounded.

Many had insisted that without an agreement with Greece’s creditors and partners – and without meeting the commitments which the country had undertaken – one cannot overhaul economic policy.

It is equally clear that one cannot unblock major investments and cut the bureaucratic red tape that is holding them up in just two weeks.

Undoubtedly campaign rhetoric can be somewhat abstract and often does not take all the realities into account, and in any event one cannot draw safe conclusions from a government’s first two weeks in office.

Nonetheless, one may conclude that the climate is positive for this government and that expectations run high both domestically and abroad.

The new government has a limited period of tolerance, a very brief honeymoon, and everyone knows that citizens are eager to see results and expect promises to be kept.

Of course, this is only the beginning.

It is indicative that even main opposition SYRIZA is avoiding excessive criticism and is displaying tolerance and reservations. It appears to have adopted a wait-and-see approach.

The government is now obliged to present in detail its plan and programme and to implement it swiftly.
Over time, its performance and the effectiveness of its policies will be judged.

The presentation of the government’s programme in Parliament offered the opportunity to lay everything on the table and the time has come to systematically produce results.

The government will be judged on the basis of the correctness of its policy choices and by the results that it produces.
For its part, the press is here to observe, to pinpoint errors, to highlight inconsistencies, and to demand answers and corrective actions.

The government has time and a period of tolerance at its disposal.

It must know, however, that time is not unlimited and that tolerance has an expiration date.