Mitsotakis: No coalition, second election if ND does not get parliamentary majority

“If for any reason a government cannot be formed after the 7 July election, then the country will ineluctably again head to elections in mid-August. Citizens should understand well what it means not to have a strong mandate on the night of 7 July,” Mitsotakis declared. 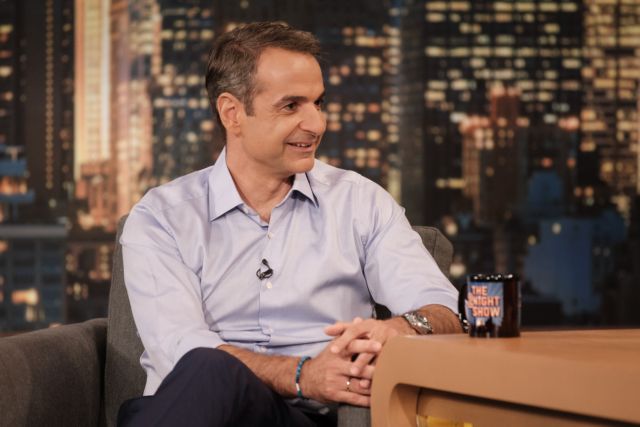 Amidst fears that many New Democracy voters may abstain from the 7 July general election due to the conviction that ND will win anyway (as it defeated SYRIZA by nine percentage points in the 26 May European Parliament election), main opposition leader Kyriakos Mitsotakis has upped the ante and is warning that if his party fails to clinch a comfortable parliamentary majority there will be a second election in the middle of August (when all Greeks are on vacation).

“If for any reason a government cannot be formed after the 7 July election, then the country will ineluctably again head to elections in mid-August. Citizens should understand well what it means not to have a strong mandate on the night of 7 July,” Mitsotakis declared.

“Of course, [the country] will be led to elections in mid-August with a proportional representation system. That means de facto that the only kind of government that can be formed and which I cannot conceive of is a government of – shall we call it national understanding? – where essentially the first and second party will have to reach an understanding,” he added.

“If that is what Greek citizens want, then obviously should not give us a strong mandate.”

“However, I don’t think Greek citizens right now want to face that prospect in the middle of the summer, with national issues open, and with the economy in the current state.”

Mitsotakis issued an impassioned call to ND voters not to be complacent and not to consider an ND victory as given.

Whereas he had previously described the general election as the second half of a match, now he says that the only thing about which he agrees with PM Alexis Tsipras is that all the ballot boxes will be empty on the morning of 7 July.

It is, in effect, a new ball game.

“Because it will be 7 July and people have a more lax tempo, I want to call for mass participation. The result is not pre-ordained. New Democracy’s victory is not a given. The strong mandate which I seek is not a given,” he said,

No chance of coalition with Tsipras

Asked if New Democracy might form a grand coalition with SYRIZA, Mitsotakis categorically ruled it out.

“No, no. We cannot reach an understanding with SYRIZA and Mr. Tsipras because we have a very different view on the course of the economy, on the way democracy functions, on how much we respect institutions, and on what democracy with responsibility, accountability, and transparency means. We, and I, cannot in any way imagine New Democracy reaching an understanding with today’s SYRIZA,” Mitsotakis said.

He did not elaborate on what he may have meant by “today’s” SYRIZA.