Editorial: Envelope for the next PM

Operation “Bridge” which was supposed to link SYRIZA with the centre-left collapsed before even getting off the ground. 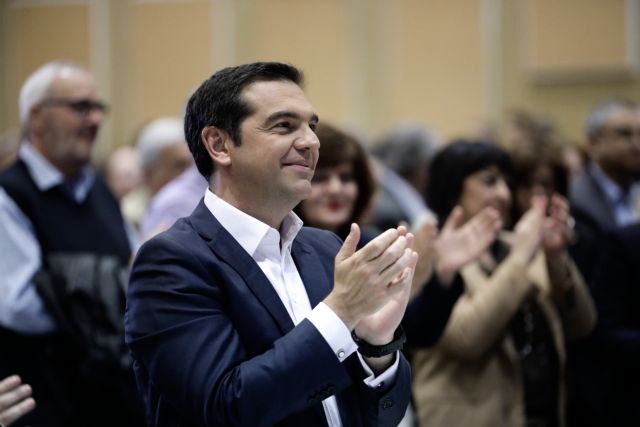 The climate and atmosphere surrounding the government is not the best.

Pressures from the electorate are patently obvious. There are plenty of disputes and initiatives which are collapsing one after the other.

These initiatives do not bring the expected results but instead add a negative burden and aggravate the difficult position of the government ahead of the general election.

The venturesome Greece-North Macedonia Prespa Agreement which was supposed to facilitate the convergence of left-wing and centre-left political forces ended up marginalising SYRIZA instead of establishing the party’s hegemony over those parts of the political spectrum.

Now, MPs who represent districts north of Larisa are unable to meet citizens in their districts because they are treated either with indifference or contempt.

Operation “Bridge” which was supposed to link SYRIZA with the centre-left collapsed before even getting off the ground. The moves to counter-balance this failure proved to be totally problematical.

The European Parliament candidate who is the daughter of a famed and beloved composer withdrew from the race when it was revealed that she was collecting the pension of her dead mother.

The candidacy of the son of a businessman considered responsible for the intertwining of state and business interests fell by the wayside, because it links the Left which proclaims its “moral advantage” with the most extreme example of pillaging the state’s wealth, and that could not be defended.

Other scandals also did not produce the expected benefits. Those who were prosecuted mocked their accusers as evidence was lacking and now these cases are being used as worthless ammunition in the electoral campaign.

Measures that were supposed to revive the economy and attract votes proved to be small and insignificant and unable to offer hope and expectations to the Greek people, who are demanding things that have little to do with the agenda of the spinmeisters in the PM’s office.

The outline of the primary residence foreclosure protection law was substantially restricted. It was not received in Brussels and Frankfurt as the PM would have liked.

Moreover, the government’s one-off benefits distribution did not excite people as it does not address the people’s concerns regarding economic stability and growth and new jobs, the only things that can bolster and to some extent guarantee a better future.

As time passed, the left-wing ruling party which started out as a force for the rebirth and reorganisation of the country has become a force of regression and delay, and that may impact on its electoral results. All opinion polls show that SYRIZA will suffer crushing defeats in all the upcoming elections (European Parliament, local, and general elections).

In municipal and prefectural elections one will not see a single SYRIZA mayor or prefect. Its results in the European Parliament election will be paltry. Everyone in the ruling party is also predicting a heavy defeat in the general election, which must be held by October.

This is demonstrated by SYRIZA’s spasmodic moves, sudden visits of the PM and other cadres to Thessaloniki, and huge arguments that one has seen of late in the government camp.

The government is racked by internecine strife, personal strategies of particular politicians, and a mentality that everyone is out for oneself.

There are already efforts underway within SYRIZA to dispute Mr. Tsipras authority. There are various proposed leadership schemes to manage defeat and to begin a complete reconstruction of the ruling party’s part of the political spectrum based on European examples and with a clear ideological direction. That would distance the party from its current nebulous and opportunistic image, which the ideologically flexible Mr. Tsipras crafted.

Despite the many supposedly heroic outbursts of the PM, the peopleand the good fortune that had accompanied him until now are abandoning him.

Instead of becoming ecstatic, he should as one used to say prepare the envelope for the next leader.