As it did in 2015, the government is fueling populism, opportunistic demagoguery, and the collapse of all ethical and ideological limits. 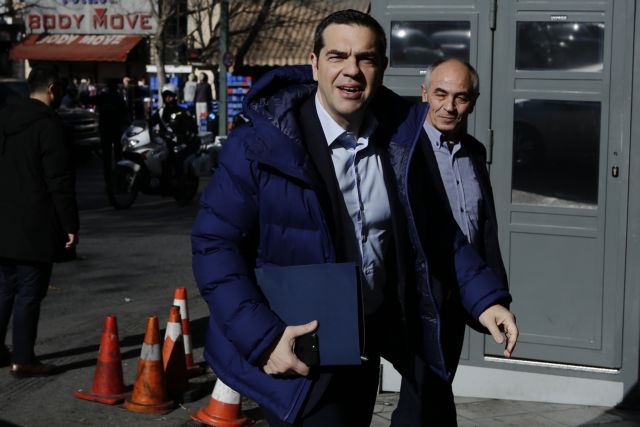 The negotiations that led to the Greece-FYROM Prespa Agreement did not begin as an effort to solve a critical national issue that has bedeviled Greece  in recent decades, but rather as a vehicle, as the prime minister now admits, to re-order the country’s political scene.

At no point did he seek consensus and dialogue, but instead he aimed to create a new dividing line in order to save SYRIZA politically and to once again deceive citizens after his pro-memorandum turnaround.

The results are plainly obvious. Just as he did before coming to power in 2015, he revived on different terms an extremely deep polarisation in Greek society and in the political landscape.

The new turn towards the centre-left that Mr. Tsipras is supposedly pursuing is evolving into a degradation of representative democracy and a circumvention of the Constitution and the rules of Parliament in order to serve his designs.

Protesters are labeled as extreme right-wing. The tear gas that the PM would have banned overnight is being used extensively. The new two-party predominance that he seeks has becοme a tragicomedy with the transfer of MPs from party to party and the liquidation of smaller parties.

Unfortunately, we are seeing a repetition of the situation in the first years of the bailout memorandums with the government this time fueling populism, opportunistic demagoguery, and the collapse of all ethical and ideological limits.

The progressive pole that Mr. Tsipras is pursuing – and he seems to have found certain people willing to align with him so as to save themselves politically – has nothing to do with progress or the needs of the country. His transformation is not related to progress because it is based on old party politics.

If SYRIZA and the prime minister personally truly wanted to rid themselves of the ideological fixations and rigidness that are still dominant in their part of the political spectrum, they would not constantly provoke the opposition or set up judicial plots or undermine institutions.

They would have sought a minimum understanding with the opposition before concluding the agreement. The preconditions and a framework for a national understanding existed, but the PM ignored it.

That is because he decided to use a national issue to serve petty partisan aims and unfortunately he achieved that to some extent.

In the process, he destabilised and divided society, pushed the political debate to extremes, and in the final analysis undermined the country’s path to normalcy.