Tsakalotos attempts to play down plunge in bank shares value

‘All banks have exceeded targets as regards the resolution of Non-Performing Loans (NPLs) and have passed the stress tests,’ Tsakalotos stressed, noting that all four systemic banks have capital adequacy and that there has been a rise in deposits.. 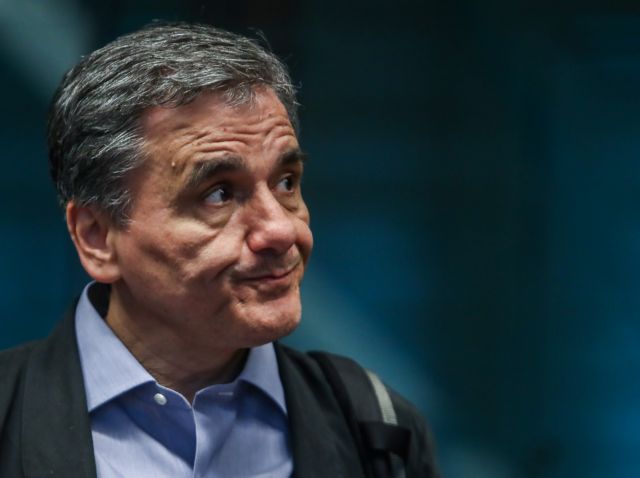 In an effort to stem the bad climate in the banking sector, Finance Minister Euclid Tsakalotos told parliament today that the “foundational data” of banks are positive, and that they are “in a very good position”.

“Do not say that the banks are collapsing. It is not right, and it is not true,” he told MPs.

Tsakalotos outlined four factors that he said justify his take on the position of Greek banks.

He noted that two of the four systemic banks no longer need emergency liquidity from the ELA, and that the other two are expected to be in the same position by Christmas.

“All banks have exceeded targets as regards the resolution of Non-Performing Loans (NPLs) and have passed the stress tests,” Tsakalotos stressed, noting that all four banks have capital adequacy and that there has been a rise in deposits.

“These are the fundamental data that some people must take into account, and not those who are shorting,” Tsakalotos said.

The finance minister said that the major challenge for banks is the resolution of NPLs, and that institutions such as the Bank of Greece, the European Stability Mechanism, and the Hellenic Bank Association, are in a position to swiftly handle any problem.

“We have a government which has the oversight, and talks with everyone consensually,” he said.

Regarding the draft budget, the minister noted that the European Semesters system has been in operation since 2010, when Greece entered its first bailout programme, under which member-states each year submit a draft budget with a baseline scenario and what it wants to do. The baseline scenario is not the basic scenario. It reflects what the result would be if we do nothing, if for example we do not change any tax or insurance contribution.

Tsakalotos will also provide the European Union with data which confirm that even without pension, cuts the 3.5 percent primary surplus target will be exceeded, rendering the cuts unnecessary, and that measures to counter austerity can be implemented over a four-year period.