‘The climate has spoiled because we have entered an electoral period, in which [both major] parties instead of emphasising the speeding up of reforms, preoccupy themselves with pledges of handouts,’ said the president of the Hellenic Federation of Enterprises. 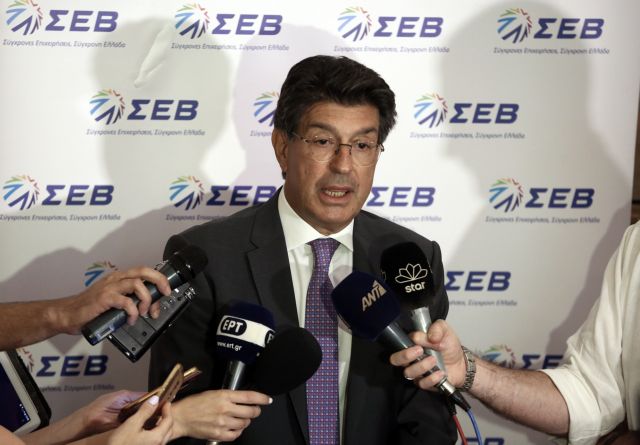 The Hellenic Federation of Enterprises (SEV) is urging the government and the opposition to stop their rampant pledges of handouts, as “the climate in the economy has spoiled”.

At the presentation of an MRB study entitled “The Pulse of Entrepreneurship”, straight on the heels of yesterday’s plunge in the value of bank shares, SEV President Theodoros Fessas warned that, “The climate has spoiled because we have entered an electoral period, in which [both major] parties instead of emphasising the speeding up of reforms, preoccupy themselves with pledges of handouts.”

Fessas said that the low, two percent growth rate “does not suffice to distribute money that does not exist”.

“Trust in banks is being lost, hence there are no revenues from loans – only expenditures,” he noted.

According to the study, one of the greatest problems increasingly faced by Greek entrepreneurship is corruption and the lack of transparency, which harms mainly small and medium-size businesses.

One month after the completion of the bailout programme, businessmen told MRB that despite the fact that the overall economic climate is improving, that does not suffice, as is demonstrated by the de-escalation of macroeconomic difficulties for businesses, from 7 to 6.8, with ten being the worst performance.

The MRB study indicates that businessmen themselves are more optimistic about an exit from the crisis, compared to the projections of the general public.

Although uncertainties are receding, they remain at high levels.  Hence, 43.7 percent of businessmen respondents said Greece will exit the crisis in four years, a view shared by 78 percent of the general public.