Due to the inability of political forces to understand the magnitude and consequences of the bankruptcy and the bailout commitments, it took eight years to reach this point, of a weak and insecure exit. 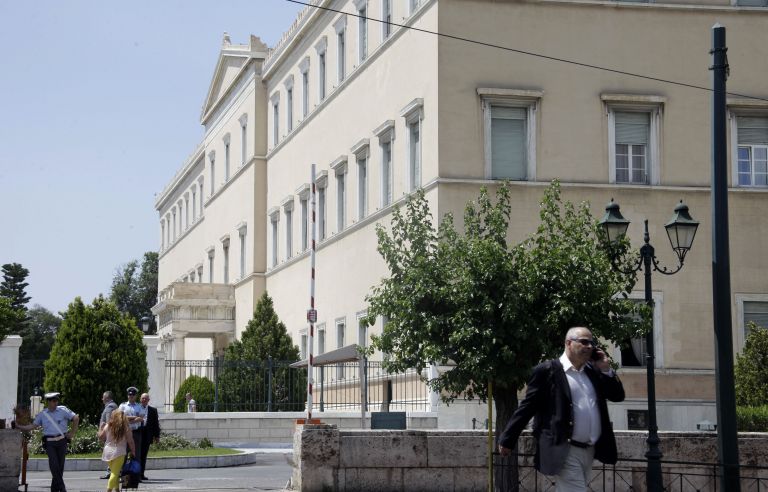 Share
Today’s feast day of the Dormition of the Virgin Mary, one of the most sacred days on the Orthodox calendar, is a day of reconciliation, forgiveness, consolation, self-reflection, and hope.

It is a day not suitable for clashes and great tensions.
Most citizens, regardless of religion and faith, turn their gaze to the mother, protectress of all.
This year, the religious holiday unfortunately coincided with the great disaster in Eastern Attica, which transmitted only sorrowful images and negative prospects.
The unfortunate thing is that the major curse of the deadly wildfire leaves little room for hope, which under normal conditions would have been engendered by the exit, however imperfect, of the Greek economy from the bailout programme, which left the country with many accrued injuries over the last eight years.
Under current condition, this special day offers an opportunity for self-reflection.
In truth, all the ills are rooted in Greece’s bankruptcy, which was never officially recognised as such.
The bitter and sole truth is that it did not come out of the blue. It was in the making for decades, under the indolent and inert gaze of both politicians and citizens.
With very few exceptions, most people had been charmed by the prospect of borrowed and artificial prosperity.
They considered it an unshakeable and natural consequence of the evolution of things.
Whatever warnings there were at various times were ignored, considered excessive, and not befitting the country’s European course.
Most mindlessly believed that participation in the eurozone was enough to protect Greece from a host of economic dangers that surround today’s interdependent and inter-linked world.
In the daze of the euphoria over the fruit of the earth, all sense of measure was lost, government spending skyrocketed, there were no provisions for pensions, wages were hiked excessively, production was abandoned, and the competitiveness of the economy was lost.
The road was essentially paved for the huge twin deficits, that in public finances and that in the balance of payments.
This dual void until the autumn of 2008 was covered with borrowing.
When the financial crisis hit the US, the problem was revealed. Greece had neither the power nor the political will to react, and so it was barred from the markets.
From the autumn of 2009, the spectre of bankruptcy was hovering over Greece.
Meanwhile, the EU lacked developed mechanisms to confront such crises.
The initial solutions were unable to confront the problem, and a series of interventions were required in order to determine the magnitude of the bankruptcy, and the commitments attached to a comprehensive bailout.
It took until 2012 to develop an approach to the problem, and to begin to implement procedures for an internal devaluation, the only thing that could address the dual deficit, as the decision was taken not to leave the euro.
That internal devaluation process was disputed in 2014 by those now in power, but who were then in the opposition.
In 2015, the self-deception and delusions of those now in power collapsed, and the country reached the edge of the abyss in the summer of 2015.
That mandated an about-face and a recovery with worse terms, and a more demanding internal devaluation programme.
A lack of knowledge and understanding extended the time and depth of the internal devaluation.
Due to the inability of political forces to understand the magnitude and consequences of the bankruptcy and the bailout commitments, it took eight years to reach this point, of a weak and insecure exit.
If there is something that we must all realise, it is the great lack of understanding and knowledge that characterises the entire political leadership, and which is conveyed with flawed political messages to society.
That, unfortunately, is the bitter and sole truth about all the ills that have bedeviled us for years.
Our salvation and progress depend on a timely acquisition of a national self-awareness.
As long as that is not achieved, nothing can save us.
Η φρενίτιδα για τα εμβόλια ανοίγει όλες τις πλατφόρμες
Ακολουθήστε