The delimitations of the two countries’ Exclusive Economic Zones, property issues pertaining to the Greek minority in Albania, and the war cemetery for Greeks who fell in the war of 1940 are among the issues under discussion. 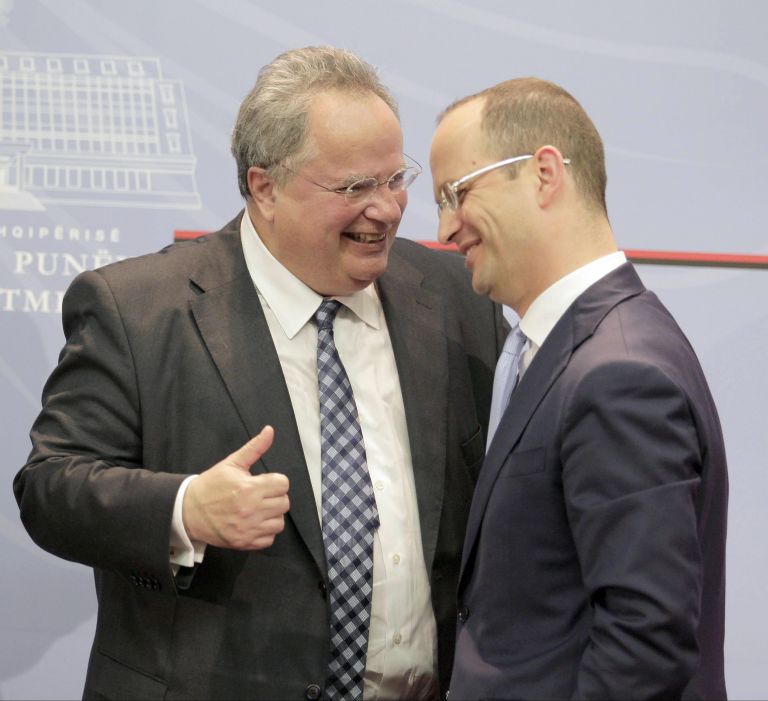 Albanian Foreign Minister Ditmir Bushati held talks with visiting Foreign Minister Nikos Kotzias in Tirana today to review progress on a number of bilateral issues and agreements that the two ministers reached during three-day talks in the Albanian city of Korca in January.

The delimitation of the two countries’ Exclusive Economic Zones, property issues pertaining to the Greek minority in Albania, the war cemetery for Greeks who fell in the war of 1940, and Tirana’s claims regarding the property rights of the Cham population which was forced to flee Greece as Nazi collaborators (Greece has traditionally denied this is an issue for negotiations, but Tirana says it is on the current agenda) are among a basket of issues that the two sides are discussing in order to achieve a comprehensive normalisation of relations and build a firmer foundation for regional cooperation.

Greece supports the European prospects of Albania and all the Western Balkan countries.

The focus of today’s talks was the finalisation of a comprehensive Stategic Cooperation Agreement, in the context of an enhanced cooperation within the broader European context.

Following the Kotzias-Bushati meeting today, there were expanded talks between the two sides’ diplomatic delegations.

From Tirana, Kotzias flew to Vienna where he will hold three-way talks tomorrow with FYROM’s Foreign Minister Nikola Dimitrov, and UN mediator Matthew Nimetz, regarding the issues surrounding the FYROM naming problem.