A spectre is haunting Greek football, the spectre of Grexit

Vasiliadis said that the resumption of football matches will be contingent upon specific commitments to eradicate violence from Greek football. 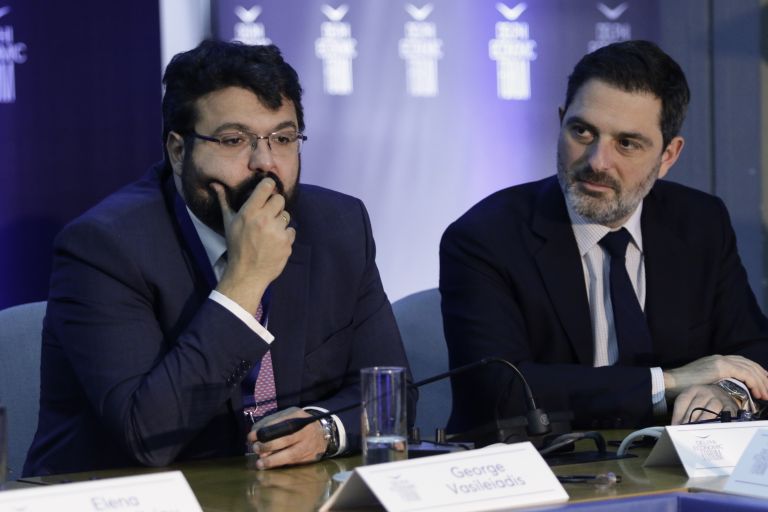 The deputy minister for athletics, Yorgos Vasiliadis, has warned that the prospect of an expulsion of Greece from FIFA is a real prospect – which would naturally be devastating for Greek football for years to come – after the incident with the owner of PAOK F.C., Ivan Savvidis, invading the field on 11 March with a gun in a holster on his waist.

Asked about FIFA’s threat of a possible Grexit, the minister said: “This situation cannot go on. For the first time this threat arises not because of political choices, but because of the errors and omissions of the main actors in football. If they do not get serious, I can say that we do face the spectre of Grexit.”

In an apparent effort to address the real issues of violence in football and avert a disaster for the entire sport, Vasiliadis announced a new, two strikes you’re out policy.

In the event that a team is involved in two incidents, it will automatically be relegated.

“If we do not see commitments from all parties, you will not see a kick-off again,” Vasiliadis declared.

Vasiliadis said that the resumption of football matches will be contingent upon specific commitments to eradicate violence from Greek football.

Laying down the law

Vasiliadis specifically outlined the strict preconditions that the government is setting in order to revoke its decision to suspend the Superleague.

Secondly, the process of issuing permits to teams must be revamped, with strict, new requirements.

Thirdly, if a team during one season participates twice in violent or unlawful incidents, it will immediately be expelled from the Superleague and it will be relegated.

Fourthly, there must be a clear and specific change in regulations, regarding who shoulders the responsibility for maintaining order.

Vasiliadis said that the norm in other European countries must also be implemented in Greece. Football clubs must bear exclusive responsibility for security, from the entrance to the stadium to the stands.

Asked whether he believes Ivan Savvidis’ apology for entering the Toumba playing field armed with a gun, which he did not draw, was earnest, Vasiliadis said that it is a matter for the judges to decide.