Regarding taxis, the bill is in line with a European Court ruling that services such as those provided by Uber constitute transport work. It also attempts to regulate more broadly internet-based taxi services. 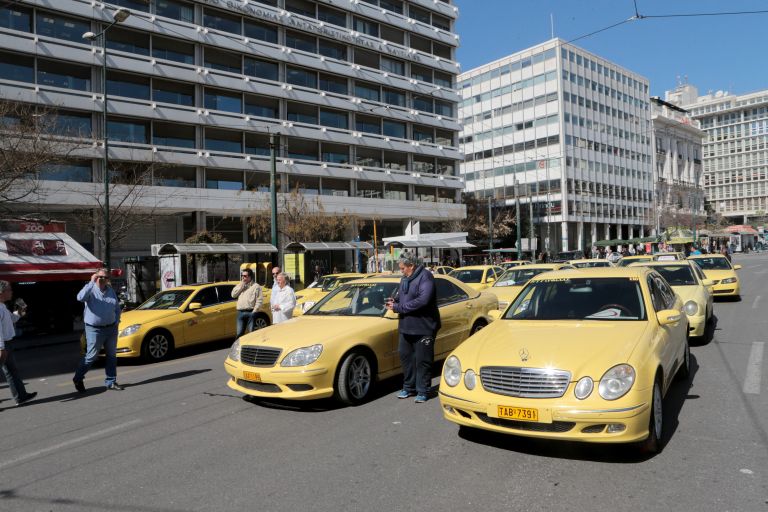 The government has tabled the long-awaited draft legislation that will revise the Greek Highway Code and regulate the operation of private transport companies such as Uber.

Regarding taxis, the bill is in line with a European Court ruling that services such as those provided by Uber constitute transport work. It also attempts to regulate more broadly internet-based taxi services.

Mediating companies such as Mytaxi, Taxiplon, and Uber must now obtain special permits and designate a legal representative in Greece.

On the crucial issue of tax evasion, the revenues of such companies will be taxed based on existing law, and the tax data for cooperating drivers and clients will be separate.

Greek taxi drivers have staged fierce protests over the unfair advantage that these companies enjoy by not paying taxes.

A provision that there will be a minimum charge on rides with a tourist vehicle was removed from the bill. Taxi drivers had demanded a 90 euro ceiling on such charges.

To receive a permit, the companies must submit a series of documents. These include a contract with at least three taxi drivers, certified vehicle registration of participating vehicles, and data on work relations with drivers.

If the case of vehicles for which a contact has not been signed, the penalty is a two-year revocation of the driver’s license, and prohibition of starting up a new company during that period.

Those who drive without vehicle registration will also face a two-year ban.

The revised Highway Code will slash fines by 40 percent overall, but will also in some instances triple the existing fines, based on the driver’s annual income.

Stiff penalties are planned for some of the most frequent violations, such as using a cell phone while at the wheel, motorcyclists not wearing a safety helmet, blocking handicapped ramps, and using the emergency highway lane when not necessary. The specific fines will be set by ministerial decision.

The bill defines three broad categories of violations: low, medium, and high-level degrees of danger. The breakdown will be decided by the Road Safety Committee.