“All populist governments – whether right-wing or left-wing – follow the same three axes: controlling the press, meddling in the judiciary, and prosecuting political opponents,” the main opposition leader declared. 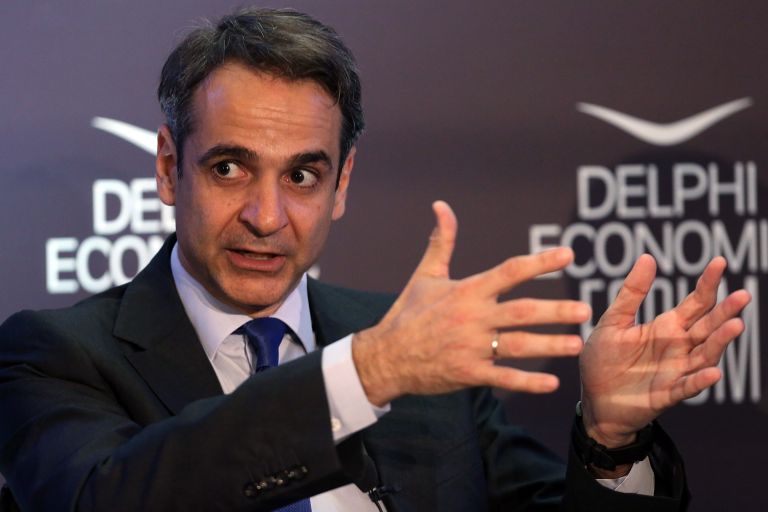 “The current government is overtaxing the productive sectors of the economy, in order to focus on handing out benefits and stipends,” the conservative party leader said.

Expressing confidence that his party will place first in the next general elections, Mitsotakis declared that investments will increase “with the restoration of the credibility of the Greek government, after the next elections”.

He said that Prime Minister Alexis Tsipras has “disappointed people”.

The ND leader suggested that creditors have been reluctant to give the government fiscal leeway to break out of the economic vicious circle, as they believe it will be used to grow the public sector, whereas he would use it to lower taxes.

Mitsotakis said that Greece’s biggest problems are political and institutional.

“If the functioning of institutions does not improve, Greece will not operate as it should in the future,” he noted.

“All populist governments – whether right-wing or left-wing – follow the same three axes: controlling the press, meddling in the judiciary, and prosecuting political opponents,” the main opposition leader declared.

“The level of intervention that we have seen in the justice system is unacceptable, and it undermines the foundations of democracy.”

This can change, he said, by adopting absolute meritocracy in staffing the government and by legislating the precise role of the prime minister’s office, delineating the manner in which policy is conducted through ministers, and the role of the PM. That, he said, will require amendments to the Constitution.