Until recently, Prime Minister Alexis Tsipras and his government have touted a “clean exit” from bailout supervision, without the strings that would be attached to a European credit line. 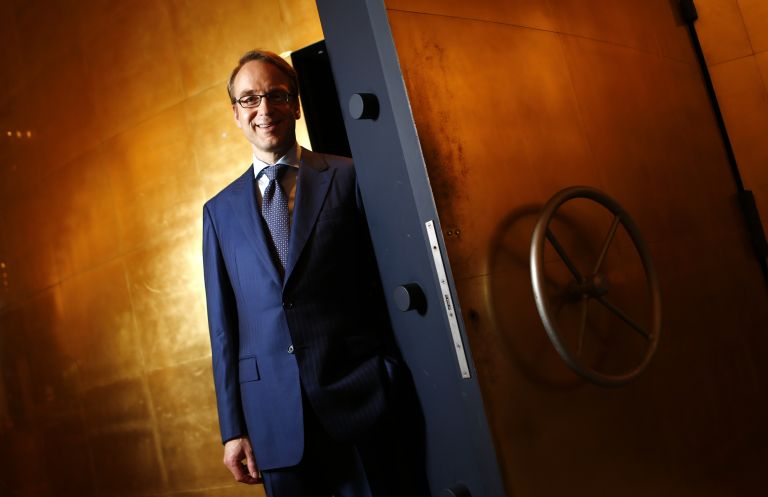 The president of the Bundesbank, Jens Weidmann, came out in support of establishing a precautionary credit line for Greece after Athens exits the third fiscal adjustment programme in August, 2018.

Weidmann expressed his views at a working lunch that he hosted yesterday in Frankfurt for Bank of Greece Governor Yannis Stournaras and representatives of the Hellenic Federation of Enterprises (SEV), Greece’s biggest industrial association.

Until recently, Prime Minister Alexis Tsipras and his government have touted a “clean exit” from bailout supervision, without the strings that would be attached to a European credit line.

Germany’s central banker reportedly spoke of the need for a safety net after the completion of the third bailout memorandum, as this will bolster Greece’s credibility upon its return to the markets and will also assist Greek banks in getting low-cost funding from the mechanisms of the European Central Bank.

Nonetheless, Stournaras’ German interlocutors reportedly made clear that it is at the discretion of the Greek government to decide whether to request such a credit line.

It was Stournaras who brought up the request for the credit line in his presentation on the developments in the Greek economy and future prospects.

The precautionary credit line and Greece’s participation in the European Central Bank’s bond waiver programme, under which Greek bonds will be accepted as collateral for ECB loans, was also the subject of discussions between representatives of Greece’s four systemic banks and ECB Executive Committee member Benoît Cœuré, who also came out in support of establishing a post-bailout safety net for the Greek economy.

This, he said, is needed so as to ensure stable financing for Greek banks and to assist in the country’s smooth return to the markets.

The same view drew staunch criticism from the government when Stournaras included it in a recent Bank of Greece report.