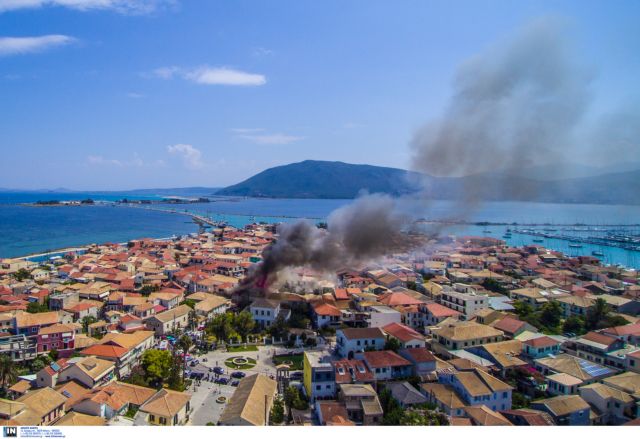 The major fire that broke out in the historic section of the city of Lefkada on Monday caused major damages to many traditional buildings, as well as the city’s historic Apollon cinema and theater.

In response to the serious damages caused, the union of Fire Brigade officers has submitted a series of proposals to the Alternate Minister of Public Order Nikos Toskas, the General Secretary of Civil Protection Yannis Kapakis and the Chief of the Fire Brigade Lt. General Yannis Karatzias in order to improve fire protection of similar historic city centers.

The proposals include installing a hot line for direct link between local authorities and the crisis center, installing a permanent water supply network for firefighting purposes, including autonomous underground reservoirs and portable pumps, as well as facilitating access to vehicles. The union also advised that legislation must be introduced to ban the use of liquid and gas fuel in restaurants, bars and cafes in these areas, as well as regularly informing local residents on fire protection measures via pamphlets and meetings.