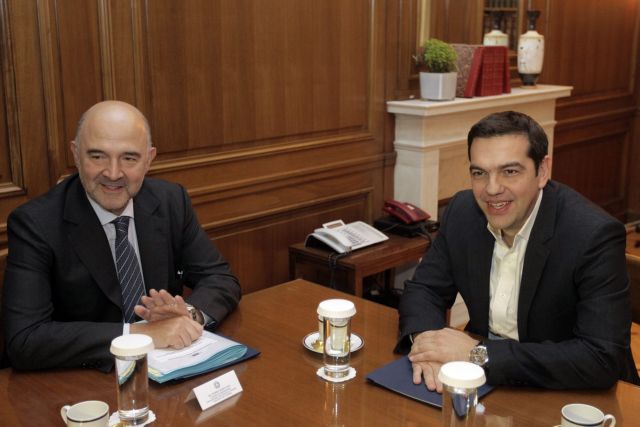 The European Commissioner for Economic and Financial Affairs, Taxation and Customs Pierre Moscovici will be in Athens on Monday, where he will be received by Prime Minister Alexis Tsipras at 12:30.

The second bailout program review is expected to be at the top of the agenda, with reports suggesting that Athens will call for bring forwards the talks on debt. The Greek side will also address the targets and primary surpluses after 2018 and the IMF demands on labor regulations.

A report in the Naftemporiki newspaper cites a consultant of the Prime Minister, who claims that Athens will ask for a quick completion of the review and European support in relation to the IMF demands.

While the European Commissioner has officially ruled out and change to the fiscal targets, given his recent optimism regarding the Greek economy, it cannot be ruled out that a possible change may be debated behind closed doors.

During his visit in the Greek capital, Mr. Moscovici will also have a meeting with the Minister of Finance Euclid Tsakalotos, with a joint press conference scheduled for 15:15 at the EU delegation offices in Athens.