Theodorakis: “The EU must shift its focus to social policy” 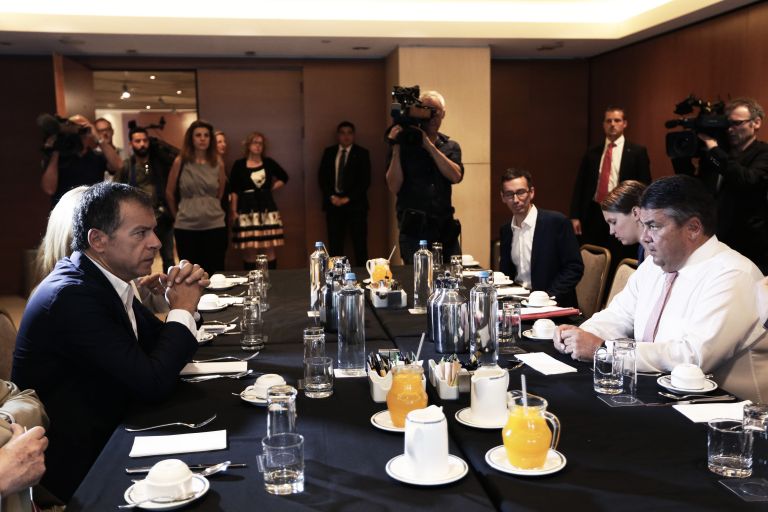 The head of the River Stavros Theodorakis met with Germany’s Vice Chancellor Sigmar Gabriel on Friday morning. The recent British referendum was high up on their agenda, with the Greek opposition leader and German Vice Chancellor agreeing that Europe must focus on social policy.

During the meeting, Mr. Theodorakis argued that youth unemployment is a major problem that Europe must address, particularly in the south, with Mr. Gabriel promising to review the River’s proposals for addressing youth unemployment.

Following the meeting, Mr. Theodorakis told journalists that he also discussed growth and European funding being diverted to support public funding. This, he added, requires a stable tax environment and cutting through red tape.