Development bill to be voted upon in Parliament on Wednesday 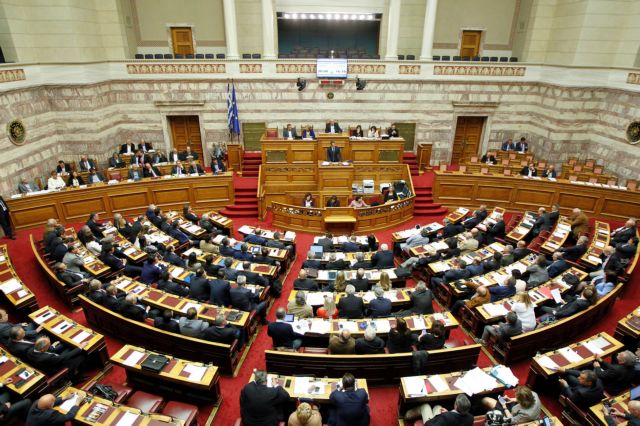 The debate on the development bill tabled by the government concludes in Parliament on Wednesday with a vote in the evening. Among others, the bill provides the formation of a National Council for Competition and Growth, which will be government’s supreme consultative body on competitiveness, openness and innovation.

Economy Minister Giorgos Stathakis commented that the bill was developed within the framework of the recent agreements between Greece and its creditors. He also noted that “fair growth” is necessary to help the country overcome the crisis.

New Democracy’s parliamentary spokesperson Nikos Dendias responded that that “Greece needs 100 billion euros in private investments to return to growth” and estimated that the government bill will not achieve its mission.

Similarly, the spokesperson for the Democratic Alignment Yannis Maniatis argued that a number of amendments must be included in order to ensure the sustainability of the growth law. He also criticized the government for organizing a political event at the Acropolis Museum.

The spokesperson for the Communist Party Nikos Karathanasopoulos underlined that the legislation secures privileges and greater tax immunity for big business. Mr. Karathanasopoulos added that the growth model used was determined by the EU, citing the ban on subsidies towards shipyards and the primary sector.

In response, the spokesperson for the Independent Greeks Giorgos Lazaridis challenged the “success story” of the previous governments by indicating that noted that between 2010 and 2014, there were 18,847 new entries in the Thessaloniki Chamber, compared to 25,354 deletions.

Finally, the spokesperson for the Union of Centrists Giorgos Karas stressed that the tax breaks included are not secure and may act as a deterrent. He also said that the 20,000 jobs cited in the bill are “like a drop in the ocean” for the country’s one million unemployed.