The publisher of the Acropolis newspaper Panagiotis Mavrikos, one the key suspects in the journalist extortion ring, was burned… 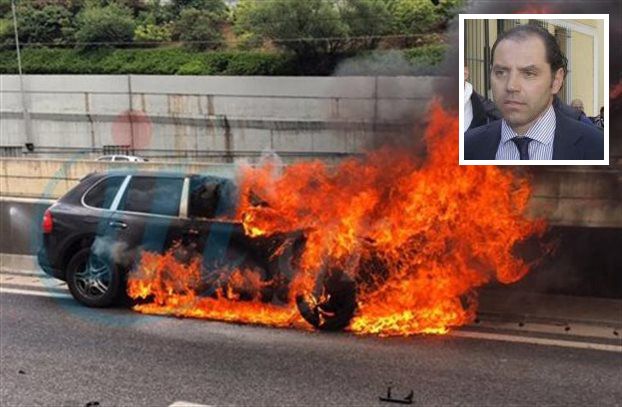 The publisher of the Acropolis newspaper Panagiotis Mavrikos, one the key suspects in the journalist extortion ring, was burned alive in his car on Thursday.

The victim had been driving on the Attiki Odos, when his car burst into flames at about 14:50. As soon as the fire broke out, the driver managed to stop his car against the security barrier, but was blocked in and unable to get out in time.

Mavrikos was driving a Porsche Cayenne registered in his wife’s name on the Attiki Odos, when it suddenly appears to have burst into flames. CCTV footage does not indicate that the crashed on any security barriers, nor is there any initial evidence of any explosions.

Although the fire may have been the result of a mechanical failure, the Police however are closely examining the possibility of foul play. Road accident analyst Panagiotis Madias commented that although vehicles have gone up in flames due to overheating or short-circuiting, the car driven by the victim was unlikely to suffer from these problems.

Mavrikos was arrested along with the two other journalists about two months ago, on charges of blackmailing public organizations, entities and banks and embezzling the Greek state. According to the charges, the publisher and other suspects would demand state-sponsored advertising. The victim’s legal representative Alexis Kougias reported that his client had not received any death threats lately.