Tension at Idomeni as refugees break through police lines 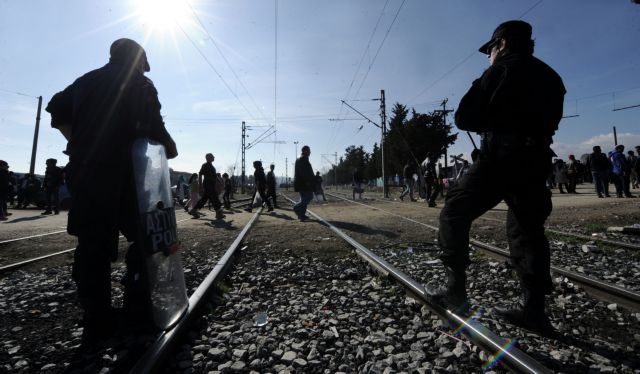 The situation on the Greece-FYROM border is growing increasingly tense as hundreds of refugees broke through police lines and headed towards the border. The FYROM police repelled the refugees, who managed to knock down the fence, with tear gas and flashbang grenades.

According to reports the border between the two countries opened for a few minutes, however it promptly closed again due to the tension caused. Earlier on Monday, refugees occupied the railroad line at Idomeni in protest of the long waits.

About 7,000 refugees are estimated to have gathered at Idomeni, in hopes of continuing the journey, however recent unilateral decisions from Serbia and FYROM have meant that very few are allowed to cross over.