Leventis: “Karamnlis is pulling strings to form an ecumenical government”

The leader of the Union of Centrists Vasilis Leventis refuted rumors that his prepared to cooperate with SYRIZA, arguing that… 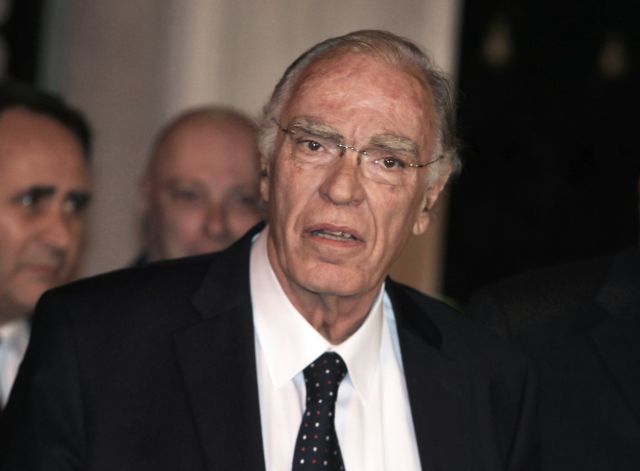 The leader of the Union of Centrists Vasilis Leventis refuted rumors that his prepared to cooperate with SYRIZA, arguing that such a “foolish transaction” would “devastate the hopes of the youth” who voted for him.

In his interview on SKAI Mr. Leventis did not reject the prospect of joining the government if New Democracy were also to participate, noting that “PASOK and the River are not serious parties, all they do is insult SYRIZA”.

When asked about the leadership elections in New Democracy, Mr. Leventis expressed his support for the candidacy of Evangelos Meimarakis, whom he claimed is supported by former PM Kostas Karamanlis.

Mr. Leventis also argued that Mr. Karamanlis is in contact with Independent Greeks leader Panos Kammenos and favors the formation of a coalition government with the participation of New Democracy under Mr. Meimarakis.

According to Mr. Leventis, the Independent Greek leader is prepared to abandon the government at the request of Mr. Karamanlis, to facilitate developments so that New Democracy may join the government.

The spokesperson for the Independent Greeks Marina Chrysoveloni rejected the claims of Mr. Leventis, arguing that Mr. Kammenos has a relationship with Mr. Karamanlis, since that he was in his government.