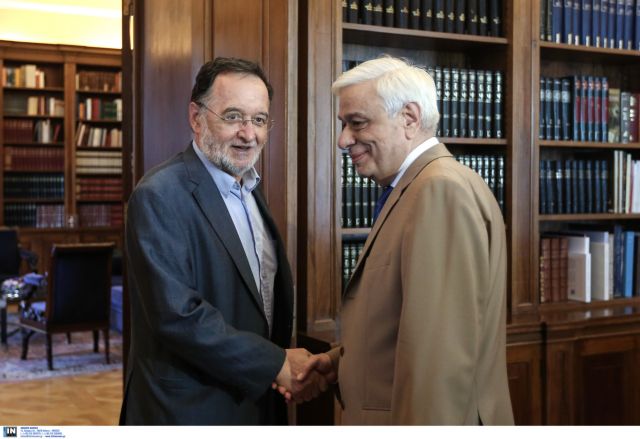 The president of the Popular Union Panagiotis Lafazanis was handed an exploratory mandate from President Prokopis Pavlopoulos at midday on Monday, after New Democracy failed to establish the necessary alliances to form a government.

In his meeting with President Pavlopoulos, Mr. Lafazanis lashed out against the government and vowed to take advantage of the mandate’s three-day deadline and initiate talks with other parties and social bodies.

The Popular Union’s parliamentary spokesperson Dimitris Stratoulis told Mega Channel on Monday morning that the aim of these talks is to discuss what sort of government will emerge after the elections and to inform the Greek people on the third bailout and existing alternatives.

On Sunday Mr. Lafazanis announced an “anti-bailout alliance” in the upcoming elections with the Plan B, which is founded and helmed by former SYRIZA leader Alekos Alavanos.